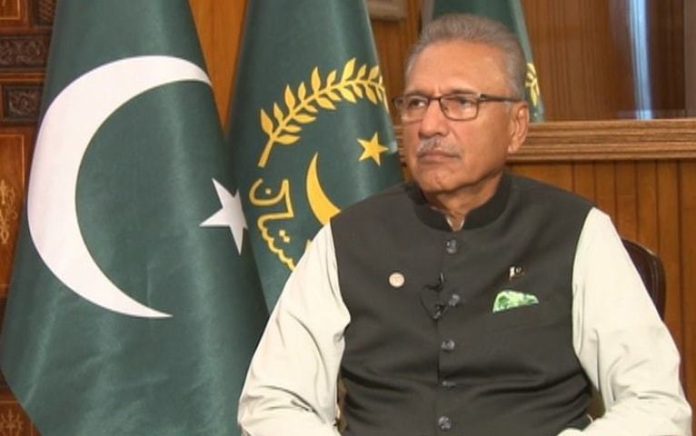 ISLAMABAD: President Dr Arif Alvi on Tuesday called upon the Pakistani Diaspora around the world to make efforts personally and collectively to project Pakistan’s viewpoint on important issues and promote the country’s cherished cultural and social values. They should also highlight sacrifices rendered by Pakistan in defeating global terrorism in region and hosting more than 40 million Afghan Refugees for 40 years, and atrocities, intimidation and victimization carried out by the Indian Occupation Forces in India’s Illegally Occupied Jammu and Kashmir (IIOJK). The President expressed these views during a meeting with a delegation of Helping Hearts, Caring Souls and the American Pakistani Public Affairs Committee (APPAC) here at the Aiwan-e-Sadr. He said that advocacy organizations of the Pakistani Diaspora should use electronic means and IT-based interventions to communicate with politicians, opinion makers and the media of their host countries with full confidence and pride for creating acceptability of country’s viewpoint on national, regional and international issues and to build positive opinion about Pakistan and its people.  The President said that Pakistan had many strengths. “It has resilient, vibrant, hardworking human resources, it believes in resolving all matters, challenges and issues through democratic means of negotiations, consultations and deliberations. It has its own problems and issues like any other country of the world., therefore, there is no need to be apologetic while projecting Pakistan’s point of view around the world”, he added.