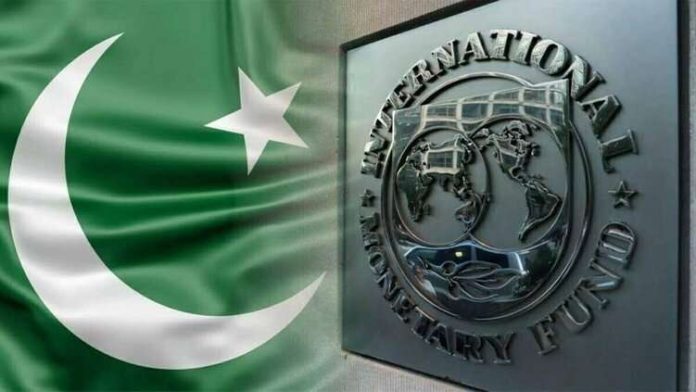 ISLAMABAD: The International Monetary Fund (IMF) has requested additional information about the budget and other areas from Islamabad before beginning virtual negotiations, amid the country’s urgent need to generate $10 billion in foreign loans for the remainder of the current fiscal year to prevent default.  “The remaining loan repayment requirements and external financing of managing current account deficit to the tune of $8 to $10 billion cannot be raised without backing and revival of the stalled IMF programme,” said one government official. One senior official of the Finance Division when contacted said that the IMF sought some additional information that they were just sitting in the Finance Ministry for responding back to the IMF tonight. Meanwhile, the government is all set to table its plan to erase the circular debt of gas sector before the upcoming meeting of the federal cabinet by hiking gas tariff and bringing changes in the existing slabs to fulfil the IMF condition. Earlier, Pakistan shared the contours of areas for accomplishing the pending 9th review under the $7 billion Extended Fund Facility (EFF). Now the IMF has sought more details on the budgetary position which would be shared with the global lender soon. On other hand, Pakistan’s near-term challenge has risen sharply as Islamabad will have to secure fresh loans of $10 billion in the remaining five months (Feb-June) period to avert default. Against this backdrop, the government sent out SOS (Save Our Soul) to the IMF for reviving the programme that has been stalled since last November. Since then the country has been on a slippery slope to reach at the brink of total economic collapse. The State Bank of Pakistan (SBP) in its latest monetary policy conceded that near-term challenges for the external sector have risen despite the policy-induced contraction in the current account deficit during the first half of FY23. “The fresh loans requirements of $8 to $10 billion cannot be managed without blessings of the revival of the IMF programme” sources quoted the SBP’s data stated while talking to The News on Monday. According to official data, Pakistan was required to pay back $23 billion in the current fiscal year 2022-23 out of which it had already paid back $15 billion in the shape of external debt servicing. Out of $15 billion in debt repayments, the government repaid $9 billion while securing a rollover of $6 billion in the first half of the current fiscal year. Now there is a remaining repayment requirement standing at $8 billion in the second half (Jan-June) period of the current fiscal year. The government has obtained a commitment to get a rollover of $3 billion from the bilateral creditor coming March 2023. “On external debt repayment, there is the exposure of $5 billion which has so far remained unfulfilled, increasing exposure and risk for the country,” said the official. The Current Account Deficit (CAD) is projected to range from $8 billion to $9 billion so the government will have to manage another $5 billion in the remaining months to finance the CAD deficit. The CAD stood at $3.7 billion in the first half (July-Dec) period and it is projected to go up by another $5 billion in the second half (Jan-June) of the ongoing fiscal year. “Keeping in view both the remaining external debt servicing and CAD needs, Islamabad requires additional $10 billion fresh loans which have so far remained unfulfilled under the projections,” said the official sources. According to SBP’s presentation, “The completion of the 9th review will improve external sector outlook.”  The global economic prospects, it added continue to be subdued amidst fears of the global recession. However, this provides some respite in global commodity prices and allows room for central banks to taper down their aggressive tightening. Without the revival of the IMF programme, this additional money of $8 to $10 billion cannot be obtained at all. The government is making a last-ditch effort to revive the stalled IMF programme. The government has shared contours of the upcoming negotiation and is awaiting the response of the IMF for holding the next round of parleys.