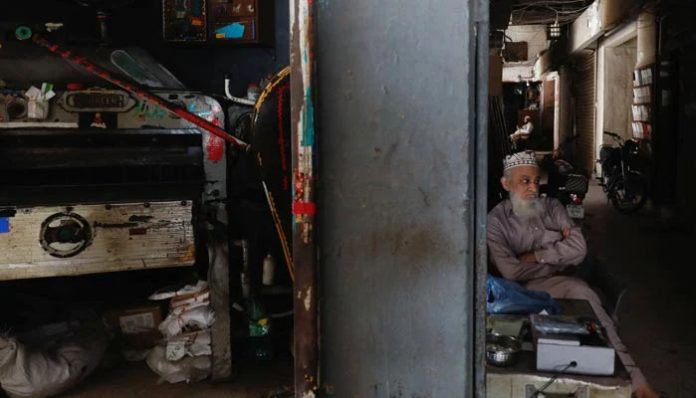 LAHORE/KARACHI/QUETTA/ISLAMABAD: The electricity has still not been fully restored across the country despite the passing of the government’s 10pm deadline, hampering businesses and the daily lives of more than 220 million people. Prime Minister Shehbaz Sharif has ordered an inquiry into the outage, which began at around 7:30am and has so far lasted more than 16 hours during the peak winter season. The outage occurred on a winter’s day when temperatures are forecast to fall to around 4 degrees Celsius (39°F) in Islamabad and 8 degrees Celsius (46°F) in Karachi. The outage — which Energy Minister Khurram Dastagir had said was due to a voltage surge — is the second major grid failure in three months, and adds to the blackouts that Pakistan’s populace suffers on an almost-daily basis. Analysts and officials blame the power problems on an ageing electricity network, which like much of the national infrastructure, desperately needs an upgrade that the government says it can ill afford. As evening drew on and homes were without electricity in the dark, the energy minister wrote on Twitter that authorities had started restoring power across the country. Dastgir had told reporters earlier: “We have faced some hurdles but we will overcome these hurdles, and will restore the power.””Target is to restore power by 22:00 (10pm) local time but trying to restore much before that,” the minister had told Reuters, but later in the press conference said that the complete restoration would be done by tonight, without specifying the time. Soon after the power breakdown was reported earlier in the day that the power generation units are temporarily shut down in winter at night as an economic measure to save fuel costs. “When the systems were turned on at 7:30am this morning one by one, frequency variation was reported in the southern part of the country between Jamshoro and Dadu.” “There was a fluctuation in voltage and power generating units were shut down one by one due to cascading impact. This is not a major crisis,” said the federal minister.