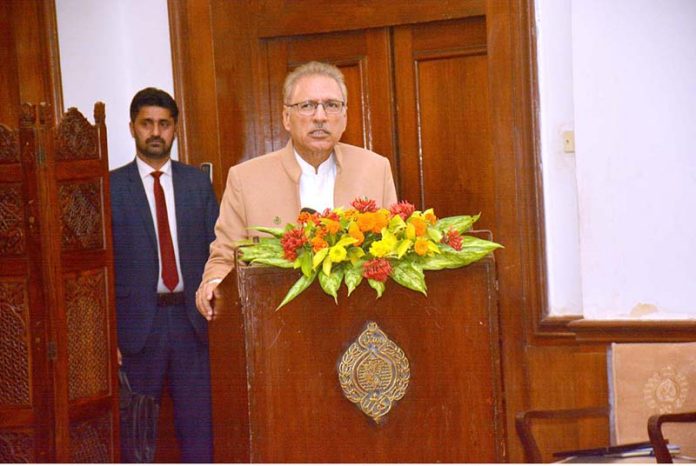 ISLAMABAD: President Dr Arif Alvi has taken serious notice of the rising trend of online banking frauds where fraudsters obtained contact details of banks’ clients by impersonating as bank officials to get account and banking information and then using these details to swindle money out of clients’ accounts.

The president directed the Banking Mohtasib of Pakistan to take serious notice of this worrisome trend and take substantive, meaningful, and effective steps by placing appropriate checks and balances, and foolproof security systems by using technology capable of differentiating between the genuine and fraudulent transaction attempts to curb this menace on an urgent basis, President Secretariat Press Wing said in a press release on Saturday.

The president expressed his concern over the news reports about an online bank fraud wherein renowned novelist and playwright, Mirza Athar Baig, was deprived of Rs 1.1 million from his bank account by an online fraudster.

The president’s secretariat, under the direction of the president, has asked Mirza Athar Baig to lodge a complaint and formally raise the matter with the BMP to get relief if the bank was unable to resolve his issue and compensate him within the stipulated time period.

The president said that it was upsetting that fraudulent activities and practices were on the rise in the banking sector despite the fact that hundreds of such fraud cases had been decided by him through the Banking Mohtasib of Pakistan (BMP) and relief had been provided to the affectees of the online frauds.

He also stressed upon the need of bringing about structured and systematic improvements in online banking mechanisms by immediately identifying the fraudulent persons and taking strong exemplary punitive actions against them.

The president emphasized that all the banks should collectively launch an awareness campaign through all forms of media, conventional and digital, to educate bank customers about the secure use of online banking platforms, besides ensuring compliance with the State Bank of Pakistan’s directions and prescribed SOPs regarding the use of online banking facilities with ease, comfort, and security.