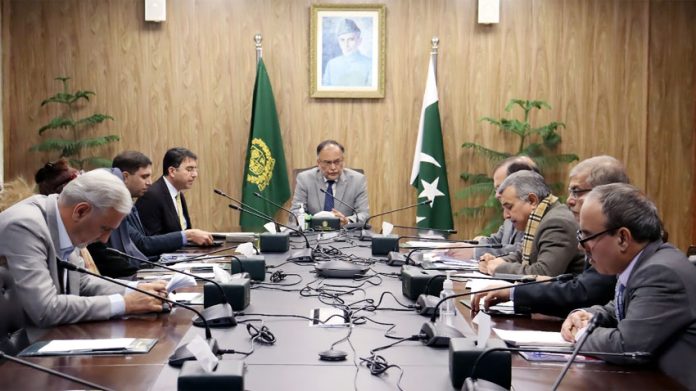 ISLAMABAD: Minister for Planning, Development, and Special Initiatives Ahsan Iqbal said Thursday that the government would meet the International Monetary Fund’s (IMF) conditions for completing the programme, however, vowed that the common man would not be affected.During his address at a meeting in Islamabad, the federal minister said the previous government had “recklessly” agreed upon the programme, therefore, the current administration has no option but to continue it.”We have to do a lot of adjustments, but we will take decisions in the larger interests of the state,” he said and added: “We will try to put a minimum burden on the poor and common people.”The government faces an uphill task on the economic front amid a devaluing currency, rising inflation, depleting forex reserves, and a stalled IMF programme.Despite the government’s repeated assurances that inflows would begin this month, their claims have not yet materialised, resulting in a market frenzy. The minister said Pakistan’s economy was in a dismal state when the current government took over, and given the shortage of time, it had decided to take short-term measures to turn the economy around.Iqbal stressed the need for mobilising all available resources to increase productivity and exports of the country to get rid of foreign loans permanently.“Pakistan’s productivity capacity is very low as compared to the standard average”, he said, adding that in the agriculture sector alone, the country could earn billions of dollars by taking measures to increase the crops’ yield per acre.For instance, he said, the per acre wheat production in Pakistan can be increased by up to 80% by improving on-farm management. Similarly, he said, “our industrial production possesses numerous inefficiencies due to which we are not competitive with the world”.