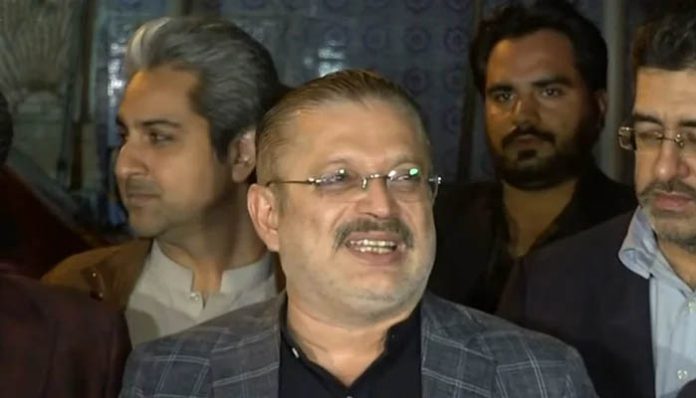 In a press conference, the information minister said that the decision was taken after the Sindh government withdrew the notification regarding the delimitations of the constituencies in Karachi as the Muttahida Qaumi Movement-Pakistan (MQM-P) has reservations over it.

“They (MQM-P) are our allies in the federal government and we take the concerns of our allies very seriously,” the minister said, ruling out that the decision was taken under duress.

The development comes after the provincial cabinet, with Sindh Chief Minister Syed Murad Ali Shah in the chair, held a late-night meeting after the MQM-P threatened that it would not allow the local body polls to take place.

The second round of LG elections was scheduled to take place on July 24 last year, but the Sindh government excused itself from holding the polls over the lack of security and police presence due to the flooding. Later, the elections were also postponed on August 28, October 23, and later today the announcement was made for January 15 — making it the fourth time.

As the “rebranded” MQM-P factions united earlier today, the party’s convener, Khalid Maqbool Siddiqui, had also warned that if their reservations regarding the local body polls were not addressed, then they would “fight for our rights”.