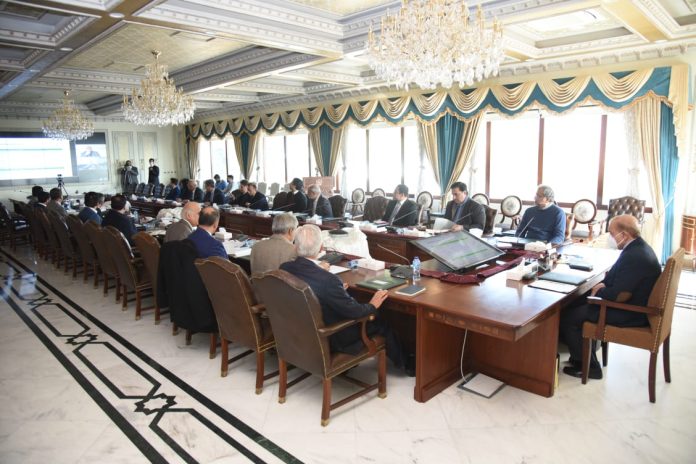 ISLAMABAD: Prime Minister Shehbaz Sharif Thursday here chaired a meeting to review the implementation of the measures taken for saving energy in the country.

The meeting was told about the progress made on the implementation of the solarization projects. In the initial phase solar panels of 1000 megawatts would be installed on federal government buildings.

In this connection, the process of bidding would be started next week.

It was further told that the process of policy-making for the production of solar panels at the local level in the country, had entered the final phase.

Consultation with the industries related to the manufacturing of solar panels had been completed.

The participants were told that in order to increase the production of electric motorcycles, the local industry was taken into confidence to formulate a comprehensive policy.

It was suggested in the policy that all the industries would be converted by the end of the year to the production of electric motorcycles. The participants agreed to the suggestion.

It was also told that for conserving gas, all new gas geysers would come with conical baffles and by the end of the current year, the installation of baffles on the present geysers would be ensured.

It was told that the production of high energy consuming filament/ low quality old electric bulbs would not be allowed after the sale of the present stock.

The present industries would be converted to the new technology bulbs which consume less energy.

The industries which were manufacturing high energy-consuming fans would also be transferred to the new technology and a comprehensive plan would be laid down for replacing the old fans.

The prime minister directed the implementation of the measures in a given timeframe.