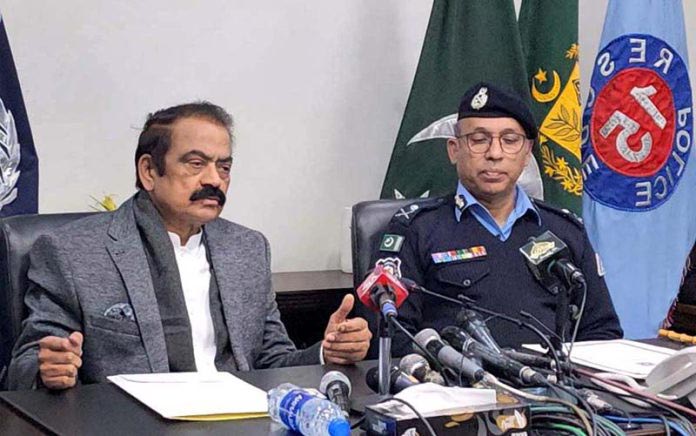 ISLAMABAD:Minister for Interior Rana Sanaullah said Wednesday that the government could reengage in negotiations with the Tehreek-e-Taliban Pakistan (TTP) if the proscribed militant group won’t challenge the state’s writ. The security czar’s comments came just a day after he claimed that the government would not hold talks with militant outfits — be it the TTP or any other terrorist organisation. “If the TTP decides to come under the ambit of the Constitution, then we can hold talks with them,” he told journalists during a press conference in Islamabad, a similar demand that the previous government put forth before the outlawed organisation. The TTP is responsible for taking scores of innocent lives and has recently upped the ante as it launched multiple attacks and killed several people after ending a ceasefire with Islamabad. The government held peace talks with the terrorist organisation in Afghanistan, with the Afghan Taliban playing a mediatory role. But the negotiations hit a snag as no conclusive steps could be taken after the negotiations. Sanullah said the recent National Security Committee (NSC) underlined that no form of militancy would be tolerated and a “zero-tolerance” policy has been adopted against terrorism. “There will no distinction between good and bad terrorists.”  In light of the rising terror incidents, the NSC decided earlier this week that no country would be allowed to provide sanctuaries and facilitation to terrorists and Pakistan reserves all rights to safeguard its people. “This [terrorism] will be dealt with the full force of the state. Pakistan’s security is uncompromisable and the full writ of the state will be maintained on every inch of the territory,” the committee decided. The federal minister also mentioned that during the previous year, 67% of the attacks took place in Khyber Pakhtunkhwa and 31% in Balochistan, while Sindh and Punjab accounted for 1% of the strikes. Sanaullah added that the NSC has also decided to strengthen the counter-terrorism departments (CTD) of all the provinces and enhance their capability. “There are also talks of forming a national CTD.” In December 2022, militants also took over a CTD compound in KP’s Bannu area, which was cleared by the Pakistan Army soldiers three days later. However, four soldiers embraced martyrdom and 10 sustained injuries. Just yesterday, terrorists martyred two officials of the law enforcement agency when they were at a local hotel in Punjab’s Khanewal, however, no group has so far claimed responsibility for the attack. For his part, Islamabad Inspector General of Police (IGP) Dr Akbar Nasir Khan said the terrorist involved in the Sector I-10 suicide bombing has been identified and terrorists related to the incident have also been arrested. In December last year, a suicide attacker, riding a cab with a woman, blew himself up when four bike-riding cops of Eagle Squad intercepted them at Sector I-10/4 — sending the federal capital into a frenzy.