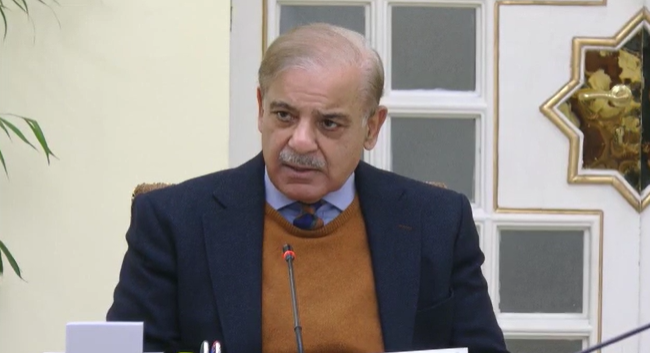 KHAIRPUR: Prime Minister Shehbaz Sharif on Wednesday said the Federal Government would not leave the flood-affected people of Sindh in distress and would continue to take measures to mitigate their sufferings.

The prime minister, during his visit to Pir Guddu and Kot Diji towns of the flood-affected Khairpur district, inspected the post-flood rehabilitation work.

PM Shehbaz, in his address to the flood victims, said the people of Sindh suffered from loss of life and property as the floods had wreaked havoc in the province. The Federal Government, he added, provided the utmost resources to the provincial government to overcome the massive problem.

Under the Benazir Income Support Programme, the Federal Government disbursed Rs 70 billion to the flood victims, he added. Serving the masses and their welfare was the priority of the government, the prime minister said.

Shehbaz Sharif said the rehabilitation and reconstruction work had been completed to a large extent, however, stressed that the de-watering of the inundated areas of Dadu required immediate attention.

He said in the wake of floods, some 20 million people, including nine million children, were in dire need of assistance from the government, and it required billions of rupees to address the challenges of food and medicine.

PM Shehbaz mentioned that Pakistan was facing the brunt of climate change despite minimal contribution to the global carbon emissions.

He lauded the overseas Pakistanis for contributing Rs 2.75 billion donations to the Prime Minister’s Flood Relief Fund, which, he said, would be spent transparently for the welfare of flood-hit people.

He assured the flood-struck people that the government would construct houses for their proper accommodation. He also announced the establishment of a campus of COMSATS University in Khairpur.