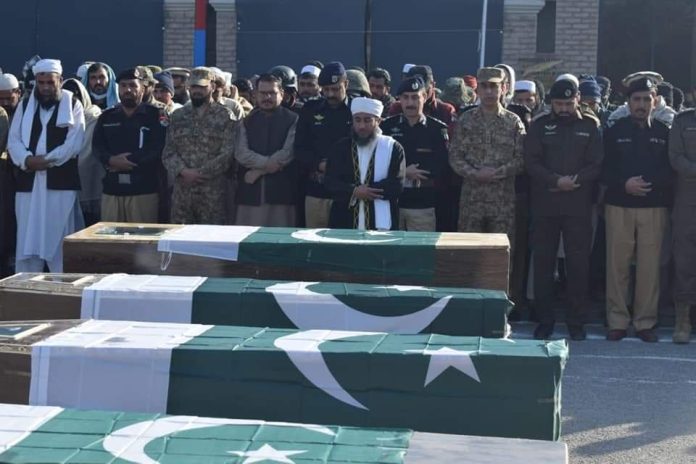 The president expressed the resolve of continuing efforts to completely eliminate the remnants of terrorism, President Secretariat Press Wing said in a press release.

The prime minister said the entire nation saluted the huge sacrifices of police officers and jawans in their fight against terrorism.

Paying tribute to the supreme sacrifices of the police personnel, he said terrorists were the open enemies of Pakistan and the nation. “Those who have been shielding the nation against terrorists are our heroes,” PM Office Media Wing, in a press release, quoted the prime minister as saying.

The prime minister further said the elimination of terrorists, their supporters and facilitators had been the national priority.

He also urged the KP provincial government to provide Shuhada package to the families of martyred police personnel.

The president and prime minister expressed their condolences with the bereaved families and prayed for the high ranks of the departed souls and the early recovery of the injured.

According to APP district correspondent in Lakki Marwat, at least four policemen were martyred and different others got injured after terrorists attacked the Baragai police station late Saturday night.

The terrorists attacked the Baragi police station with hand grenades and rocket launchers at midnight.