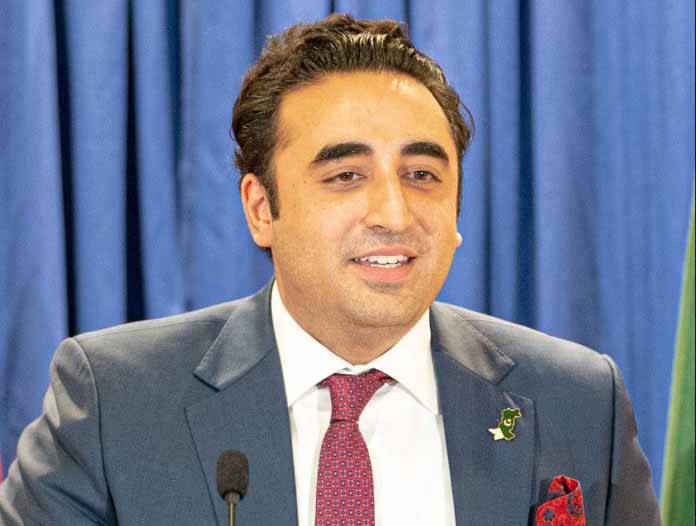 NEW YORK: Foreign Minister Bilawal Bhutto Zardari said that with increased engagement on both sides, the relations between Pakistan and the United States were heading in a positive direction as both countries were building a more broad-based partnership. “I absolutely believe we are now heading in a positive direction, with increased engagement on both sides,” he said in an interview with an American television news program PBS Newshour during his visit to New York and published on their website. He said both countries were finding areas in which they agreed on to work together and were cooperating on climate, health, business and economic opportunities, particularly for women. “So, there’s a whole host of areas in which Pakistan and the U.S. are cooperating. I think this is all a healthy sign, given, in the past, our cooperation was very narrow and specific within the context of the war on terror. We’re now building a more broad-based partnership,” he remarked. To a question, the foreign minister said Pakistan had a long history or relationship with China as both neighbors had a lot of cooperation, particularly on the economic front. “But we also have a historical relationship with the United States that stretches back to the 1950s. And we have partnered over the course of history, and I believe, whenever the United States and Pakistan have worked together, we have achieved great things. And whenever there’s been a distance developed between us, then we have faltered.” He said it was “absolutely possible” for Pakistan to engage with both China and the US. As far as Russia is concerned, he said “we aren’t pursuing or receiving any discounted energy., but we are facing an extremely difficult economic situation, inflation, pump prices. But we do have energy insecurity.” He said Pakistan was exploring various avenues to expand its areas where it could get energy from, and any energy that it received from Russia would take a long time to develop. Asked whether Imran Khan would win if the early elections were held, the foreign minister said “he wouldn’t win.” He said the removal of Imran Khan through a no-confidence motion was a cornerstone in Pakistan’s democratic development as every other prime minister was either removed through a military coup or the orders of a Supreme Court. “This is the first time through a democratic constitutional procedure a prime minister was removed from Parliament.” He said as far as the by-elections were concerned, Imran Khan resigned from seats that he held himself. “So I believe this there is a false perception that’s been created about Mr. Khan’s popularity through social media and falsely portraying winning by-elections in his own seats as some sort of testaments to his popularity across Pakistan.” To another question, he said Pakistan’s democratic achievement over the last decade was that it had one Parliament after the other complete their five-year term. “We had a government from 2007 to 2013. That Parliament completed its term and peacefully transferred power to the next Parliament, and that Parliament completed its term and transferred the power to this Parliament.”