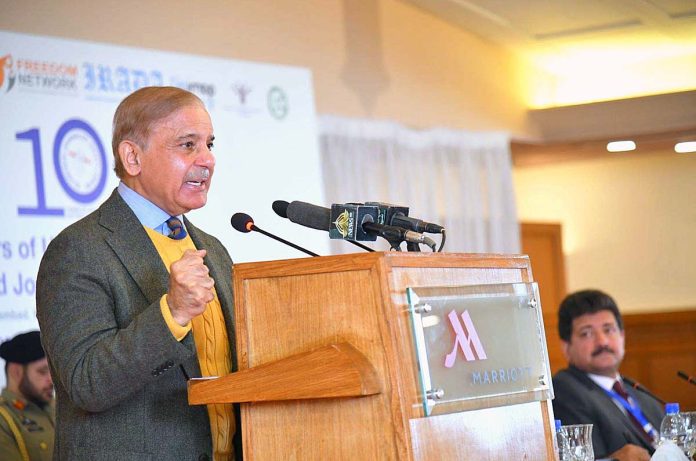 ISLAMABAD: Prime Minister Shehbaz Sharif on Tuesday said media freedom and democracy reinforced each other and expressed his government’s resolve to support an environment for journalists free of intimidation and harassment.

“My government believes that no journalist or human rights activist should be called out in the line of duty,” he said, expressing his firm resolve to proactively facilitate the implementation of the Journalists Safety Law.

Addressing at an event here to mark 10 years of the United Nations’ Plan of Action organized by Journalist Safety Forum, the prime minister termed a free media and freedom of expression the important pillars of a State.

Shehbaz Sharif said press freedom in Pakistan had been close to the hearts of journalists and civil society.

He said journalists of the country over the years greatly contributed to press freedom and mentioned that Hamid Mir, as the chairperson of Journalist Safety Forum, faced difficult challenges including an attempt on his life.

He termed the killing of prominent journalist Arshad Sharif an “extremely sad incident” and said that he soon after spoke to the government of Kenya and later wrote a letter to the Chief Justice of Pakistan to form a judicial commission.