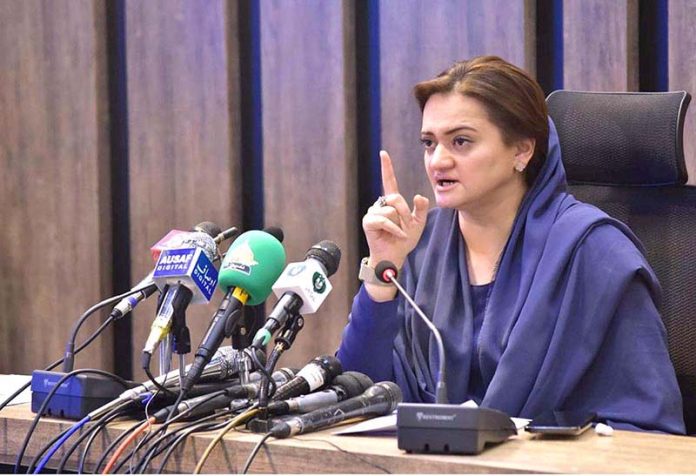 The government was trying to fix the catastrophe wrought by Imran Khan during his four years disastrous tenure, she said in a statement.

“Inflation, destruction of economy and foreign relations, besides historic debt are all Imran Khan’s legacy”, she maintained.

The government’s focus, she said, was only on the problems faced by the people as “we are committed to a clear agenda for the development and prosperity of Pakistan”.

Through this agenda, the ruling alliance had made national priorities and a clear approach within Pakistan and to the outside world, the minister said.

The two characters of construction and destruction were before the nation, she said while referring to Imran Khan and Prime Minister Shehbaz Sharif.

“Why should elections be held ahead of time because Imran Khan had lost power?”, she questioned.

Taking a jibe at the PTI leadership, she said they had come to overthrow the federal government but left after announcing the overthrow of both their governments [in Punjab and KP].

The minister said though they had announced to leave the system, they were getting salaries as legislators and enjoying other benefits despite tendering resignation from the system.

No ‘face saving’ can work for PTI as the public was fully aware of their real faces. Their acts of first resigning from the Assemblies and then filing petitions in the High Court, and neither returning the amount taken as salaries nor giving up benefits, vehicles and houses had exposed them, the minister added.

She said that time and political situation had changed but one person’s lies, mischievous mindset and agenda had not changed.