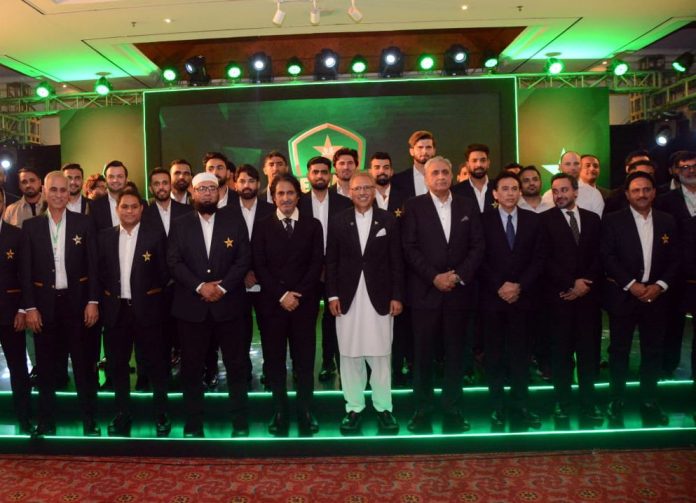 ISLAMABAD: President Dr Arif Alvi has appreciated the performance of Pakistan’s Cricket Team during the recent T20 World Cup and said that despite challenges, the national team showed leadership during the tournament and reached the final.

The president expressed these views while addressing a ceremony in honour of Pakistan’s Cricket Team, which was attended by Chief of Army Staff General Qamar Javaid Bajwa, Chairman of Pakistan Cricket Board Rameez Raja, legendary cricketers of Pakistan and foreign dignitaries.

Addressing the occasion, the president said that despite constraints and hardships, the team was performing well against international teams in tournaments, which were regarded as a billion-dollar cricket economy.

He said that the way the teammates motivated each other despite losing the game was remarkable. He stated that most of the team players were young and expressed confidence that they would bring many victories in the coming tournaments.

The president said that the whole nation owed its cricketing stars for their outstanding performance. “Cricket is an extremely popular game in Pakistan and a good performance by the team brings colours to the lives of all Pakistanis,” he said.

Chairman Pakistan Cricket Board Rameez Raja and Captain of Pakistan’s team Baber Azam said that it was the support of the nation that became their strength during such big tournaments.