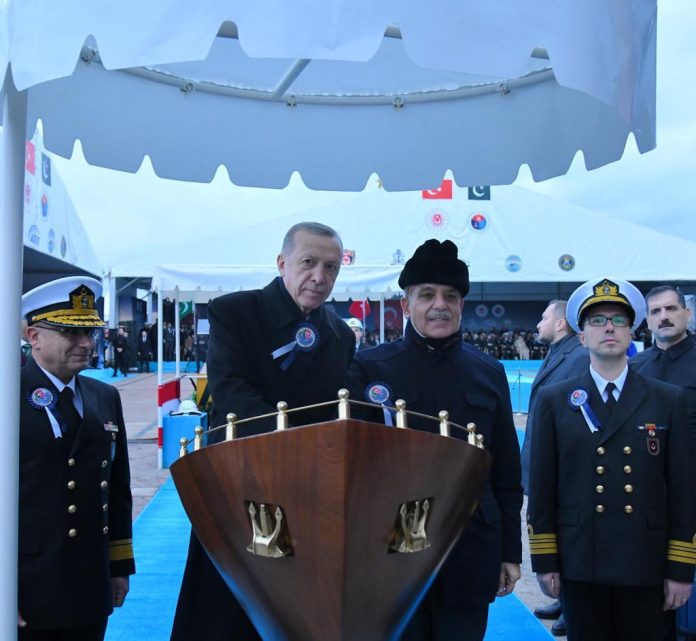 ISTANBUL: Prime Minister Shehbaz Sharif on Friday said that the promotion of defence cooperation between Pakistan and Türkiye was meant for peace and to ward off aggression.

“Pakistan and Turkiye are deeply engaged in promoting our defence capabilities for peace and to ward off aggression. As they say, if you want to live in peace, you must be prepared for war,” he said addressing the launching ceremony of the third of the four MILGEM Corvette Ships for the Pakistan Navy, PNS Khayber, at the Istanbul Shipyard here.

“So this [MILGEM corvette ships] is not for aggression. This is for defence,” he explained.

He said it was high time the two countries transformed their ties into a strategic partnership as the world was “envious” of the relationship between two brotherly countries.

On his arrival at the venue, the Turkish president welcomed the prime minister who was accompanied by a high-level delegation.
The prime minister was given the guard of honor as the national anthems of the countries were also played.