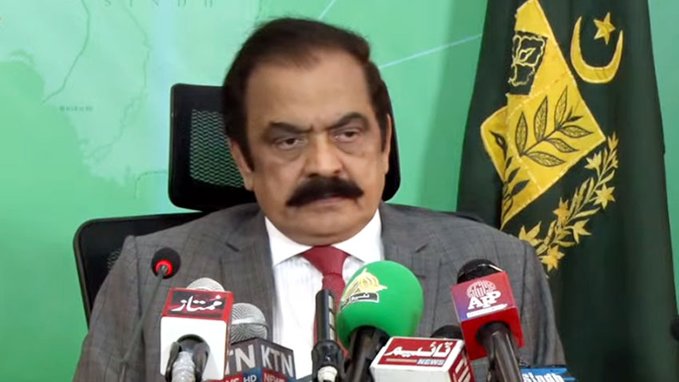 ISLAMABAD: The federal government on Friday asked Chairman Pakistan Tehreek-e-Insaaf (PTI) Imran Khan to postpone political gathering in Rawalpindi due to security threats and reports received from intelligence agencies.Addressing a press conference here on Friday after chairing the meeting at the Ministry of Interior, Interior Minister Rana Sanaullah said there was no logic in political gatherings and Imran Khan should leave his stubborn attitude. “I advise Imran Khan to postpone the useless gathering as intelligence agencies have informed the government about the red alert and any terrorist or terrorist organization can exploit the situation and target the gathering,” he added.

He said that the life of Imran Khan is at risk as per reports from intelligence agencies as such political gatherings can be targeted and anti-state elements might attempt to fulfill their nefarious designs.

“We have issued an advisory from the federal government and informed IGP and Chief Secretary Punjab to ensure strict security measures from all four sides of the venue and no persons should be allowed to enter without checking. Entry at stage should be limited and bulletproof arrangements should not be ignored,” he added.