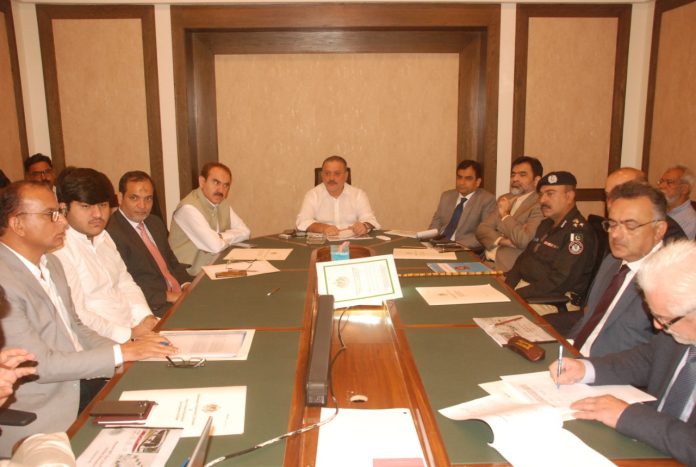 KARACHI: Sindh Minister for Information and Transport Sharjeel Inam Memon, on Wednesday directed the Karachi administration to remove all encroachments from the BRT Red Line project corridor within 7 days while K-Electric was instructed to fast-track transfer of utility installations from the route.

The minister, while chairing a meeting regarding the BRT Red Line project with officials of utility companies including K Electric here, expressed discontentment over the delay in the transfer of utilities by the power distribution company and said that BRT Red Line was an important public interest project and any delay in the project could not be tolerated.

The transport department was working day and night for the timely completion of public transport projects and K-Electric should also fulfill its obligation in time for the completion of the important project, he added.

The minister directed the Secretary Transport, Commissioner Karachi and CEO Trans Karachi to hold a meeting with CEO K-Electric the next day to resolve the issue of the transfer of all installations.

He directed Trans Karachi to ensure the provision of better diversion routes made on the under-construction Red Line project so that the citizens do not suffer.