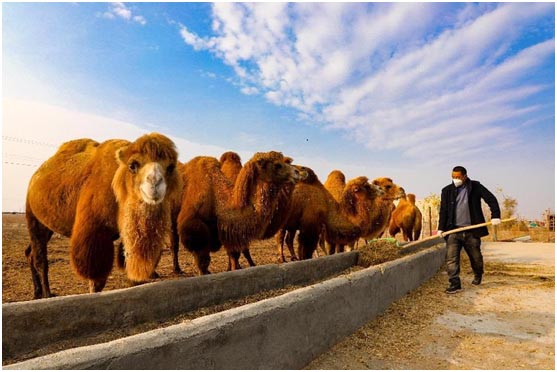 Nearly 100 countries have recently voiced support to China after a few Western countries groundlessly attacked China with regard to the Xinjiang-related issue at the Third Committee of the 77th session of the UN General Assembly, stressing all parties should abide by the purposes and principles of the UN charter.

Such a voice of justice fully proved that justice always prevails. The international community, especially the developing world, opposes the politicization of human rights issues. The scheme of some Western countries to contain China’s development with the Xinjiang issue will never succeed.

Prior to that, a few Western countries, including the U.S., had used Xinjiang-related issues to create rumors and make trouble at the 51st session of the UN Human Rights Council, which was held between Sept. 12 and Oct. 7. They propagated falsehoods on Xinjiang at the Human Rights Council and put together a so-called draft decision in an attempt to use UN human rights bodies as a tool to interfere in China’s internal affairs and to serve the agenda of using Xinjiang to contain China.

The draft decision ended up unsupported by the majority of the Human Rights Council membership.

However, these Western countries, unwilling to accept their failure in Geneva, took it to the Third Committee of the 77th session of the UN General Assembly. Of course, another failure was doomed.

On behalf of 66 countries, Cuba delivered a joint statement to oppose politicization of human rights and double standards, and interference in China’s internal affairs under the pretext of human rights. It urged all parties to abide by the purposes and principles of the UN charter and respect the right of the people of each state to choose independently the path for development in accordance with their national conditions.

Besides, over 30 countries supported China by making statements in national capacity or co-signing a letter.

It once again proved that safeguarding international justice and equity is a common aspiration of the majority of the countries in the world.

The U.S. and a few other Western countries have failed again and again in their provocations because their practices – fabricating lies and bullying other nations – are totally unjust.

No matter how they package the lies they fabricate, they cannot cover up the historic progress in Xinjiang’s human rights development, or hide their plot to undermine China’s stability and hinder China’s development with Xinjiang-related issues.

At the Third Committee of the 77th session of the UN General Assembly, China comprehensively introduced its efforts and achievements in promoting and protecting human rights and was fully recognized by most of the participating countries.

China adheres to its path of human rights development, takes an active part in global human rights governance, and pushes for comprehensive progress in human rights. It upholds humanity’s common values of peace, development, equity, justice, democracy and freedom, and has made important contributions to the progress of human civilization. No country or individual can tarnish China’s progress or sense of responsibility.

The U.S. and a few other Western countries have failed again and again in their provocations because they follow double standards on human rights issues and act in a hypocritical and hegemonic manner.

At present, the U.S. is seeing high inflation, spreading energy crisis, deteriorating social security, as well as widening political polarization and social divide, which have thrown its citizens into situations. However, American politicians are on the one hand attacking each other and contributing to further social divide, and on the other hand fueling confrontation between different values and forcing others to take a side. How can it win support from the international community with such double standards?

The international community sees it clearly that the U.S. and a few other Western countries, by groundlessly attacking China under the pretext of Xinjiang-related issues, are indeed challenging the basic norms governing international relations, international equity and justice, and the common interests of the world.

In today’s world, the hegemonic, high-handed, and bullying acts of using strength to intimidate the weak, taking from others by force and subterfuge, and playing zero-sum games are exerting grave harm. The deficit in peace, development, security, and governance is growing. All of these are posing unprecedented challenges for human society.

Facing an uncertain world, to safeguard the basic norms governing international relations, international equity and justice, as well as true multilateralism, is a common aspiration of the international community, especially the developing world.

The world has long been clear-eyed about and tired of the farcical shows of some Western countries’ politicization of human rights and double standards. China urges these countries to stop their condescending lectures and stop using human rights as a pretext for political manipulation, slander and rumor-mongering, and containment and suppression.

What they need to do is deeply reflect on their own human rights woes, learn their lesson from the human rights disasters they have brought to other countries, and return to the right track of cooperation and dialogue.

(Zhong Sheng is a pen name often used by People’s Daily to express its views on foreign policy and international affairs.) 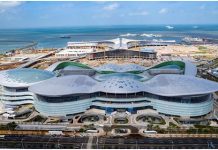