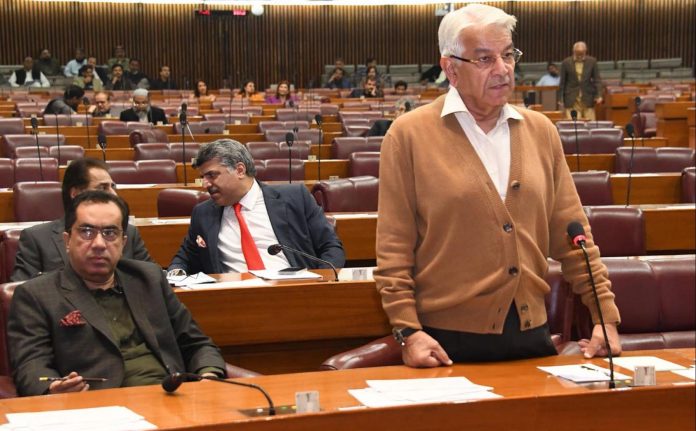 ISLAMABAD: Defence Minister Khawaja Asif said that the General Headquarters (GHQ) have been informed about his ministry receiving Prime Minister Shehbaz Sharif’s letter in relation to the new chief of army staff’s appointment.

“The process will complete in two to three days. The excitement will end, after which we will deal with Imran Khan,” he said while addressing the National Assembly.

Earlier today, the minister announced that the process of appointing the army chief and the chairman of the joint chiefs of staff committee (CJCSC) had begun.

Slamming PTI Chairman Imran Khan for whining about state institutions’ bias, the minister said that these institutions supported him for four years.

“Despite getting the support, if Imran Khan couldn’t do anything for four years then he should not attack these institutions,” the minister said on the occassion.

Speaking about the Toshakhana case against the PTI chief, the defence minister said that Khan used to sell the gifts first and then gave the money — accumulated through them — to the government.

“The planning to bring Imran Khan to power was done for 15 years. This is a shameful story. Not only politicians but all those responsible within the power structure were involved in it,” the minister said during the parliament’s session.