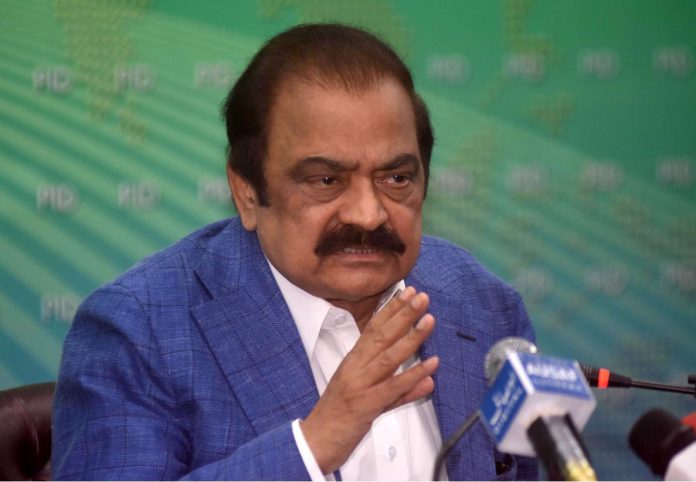 ISLAMABAD: In a bid to avoid conflicts and politics over the appointment of the army chief, Interior Minister Rana Sanaullah on Monday suggested that the legislation introduced during PTI’s government to extend the tenure of the army chief should be abolished.

In an interview with a private TV channel, Sanaullah said that the legislation will keep disturbing every army chief in the future as well.

The interior minister said that the prime minister will announce the name of the new COAS in the next few days.

Responding to a question about the differences between Nawaz Sharif and Shehbaz over the name of the next army chief, the interior minister termed the reports as rumours.

No consultation between Nawaz, Shehbaz on COAS appointment
Earlier in the day, Defence Minister Khawaja Asif maintained that the army chief’s appointment will be done on the prime minister’s discretion.

When questioned if a decision on army chief’s appointment has been made, the defence minister responded in the negative.

Responding to another question about the role of PML-N supremo Nawaz Sharif in the appointment, Khawaja Asif said that it will be done on the “premier’s discretion” and he will decide.

When asked if Nawaz Sharif was not being consulted on the matter, the minister said: “Consultations have not yet taken place on the army chief’s appointment. These are just newspaper reports.”

Last week, PM Shehbaz flew to London — after returning from his visit to Egypt to attend and co-host the United Nations’ COP27 — where he met the PML-N supremo and party’s senior leadership.

It was reported that discussions during these high-level meetings revolved around crucial political matters in Pakistan including the new army chief’s appointment.

Meanwhile, after extending his visit twice following health reasons, the prime minister returned to Islamabad earlier today; however, the decision on the important appointment — according to the defence minister — is yet to be taken.