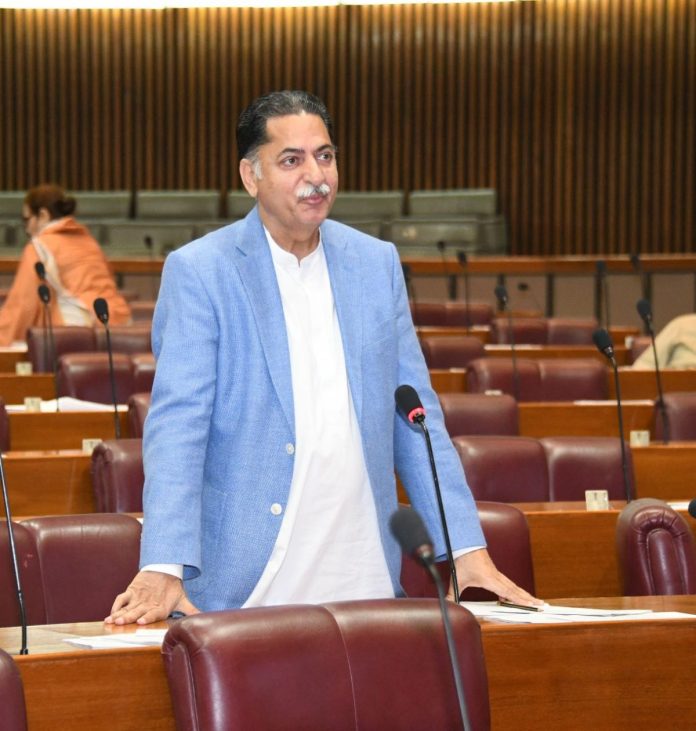 Speaking at the floor of the house on a point of order, the minister accused Imran Khan for making the army chief’s appointment controversial which to him had never happened in the 75 years of Pakistan’s history.

He went on to state that Imran Khan not only made the most sensitive institution head’s appointment controversial “but also launched a defamation campaign against the security institutions’ official(s) by leveling allegations against them”.

He alleged Imran Khan had spread “disinformation over the nuclear assets” in a bid to degrade the morale of the nation on many occasions.

He claimed the PTI chief had accused the Pakistan’s defense institutions for not being ‘independent’, also contesting why Imran did not reveal it, even for a single time when he was at the helm of affairs.

The PML(N) leader said that when Imran was in power, he used to “blackmail the anti-graft institutions” so that he can achieve his ulterior motives. “He[Imran] is using the same political gimmicks when he is no more in the government through carrying out rallies and sit-ins across the country,” he held.

Meanwhile, the minister also took a jibe at Imran for the purported paradox, saying that when the country’s agencies were allegedly working as per Imran Khan’s whims it was “all well” but when the institutions had decided to work within their constitutional parameters, he [Imran] was maligning them in everyday media talk. He termed this alleged contradiction as “unjustified”.

He cautioned the house that if Imran Khan was not made “accountable for his lies”, he would further tarnish the soft image of Pakistan at the international level.