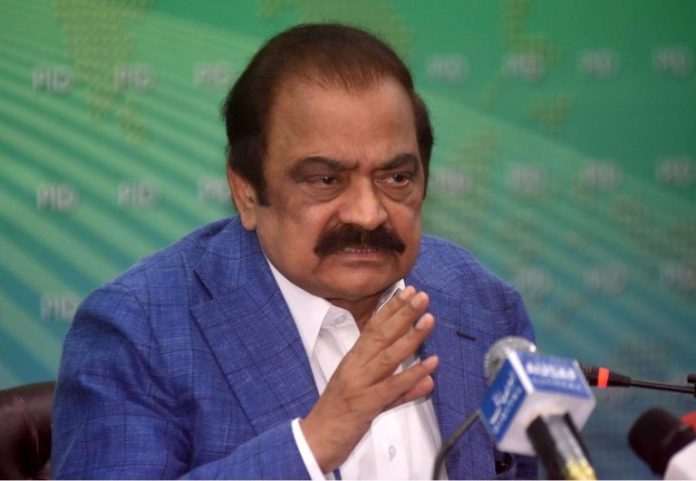 ISLAMABAD: Minister for Interior Rana Sanaullah Khan on Thursday said that routine affairs of citizens had been badly affected by the PTI workers who are blocking the roads under police protection and official protocol.

In a statement, the minister said that businesses of the people and activities of students are affected while patients were unable to reach hospitals. “This situation is not only unbearable but also painful for millions of people,” he added.

A handful of PTI workers have been troubling the people for the past four days through the involvement of police nod and are placing chairs on the roads.

The minister said the patience of the people has now been exhausted due to the recent disturbing situation. “We do not want any kind of political conflict but cannot allow such situation. There is a fear that the people will now start holding accountable the riotous and anarchist followers of Imran Khan,” he added.

The minister also appealed to the local leaders of Muslim League-N and Members of the Assembly to play their role in helping the people out of these difficulties.