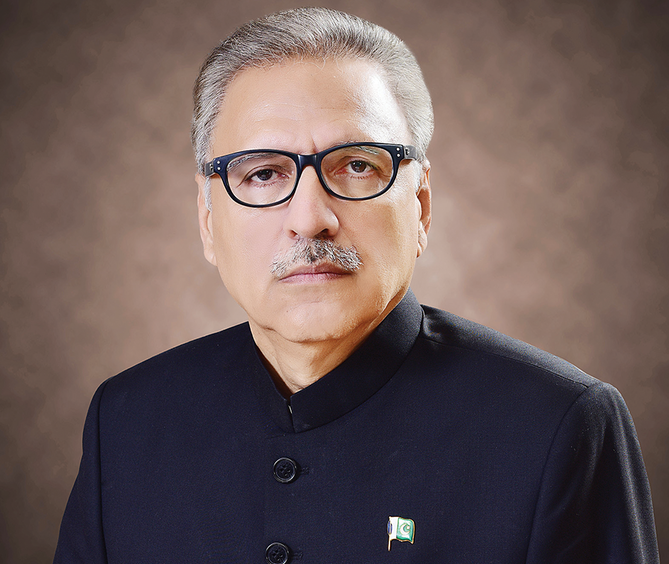 ISLAMABAD:President Dr Arif Alvi has urged the nation to re-align their lives in accordance with the teachings of Dr Allama Muhammad Iqbal of strengthening brotherhood, and upholding the cherished values of liberty, justice and equality.

The president, in his message on the birth anniversary of Allama Muhammad Iqbal annually observed on November 9, said following Iqbal’s teachings also focused on gaining modern knowledge of science and arts, and embracing innovation and creation without compromising religious, social and cultural values and preferences.

He said on the day the nation paid tribute to one of the greatest thinkers, philosophers, and poet of the East Allama Iqbal, whose ideas, values and out-of-the-box thinking had inspired generations of writers and philosophers the world over.

He paid tribute to the great poet for giving the idea of a separate homeland for Muslims of the subcontinent, where they could lead their lives in accordance with their religious, social and cultural values and without fear and intimidation of the majority Hindus.

This idea was finally materialized under the dynamic leadership of Quaid-e-Azam Mohammad Ali Jinnah on August 14, 1947, he added.

President Alvi said the great philosopher and poet persistently gave a message in his poetry, prose and speeches of attaining knowledge and applying it in everyday life to understand life, the perception of reality and to attain a higher level of both spiritual fulfillment and happiness, and progress and prosperity.

“He taught us to strengthen our belief in our abilities and potential to achieve self-reliance in every facet of life with self-confidence, hard work and innovations and continue our quest to find new solutions and bringing innovation and creativity in life without compromising our self-respect, dignity and honor, religious, social and cultural values,” the president remarked.

Referring to Iqbal’s great affection for the youth, the president said he had urged them to aspire for greatness, and be fearless and continue their quest for bigger and unseen possibilities like a soaring eagle that knows no bounds.

He said Iqbal’s concept of Khudi would continue to enlighten the way toward attaining inspiration in our quest to develop our country and attain our rightful place in the comity of nations.