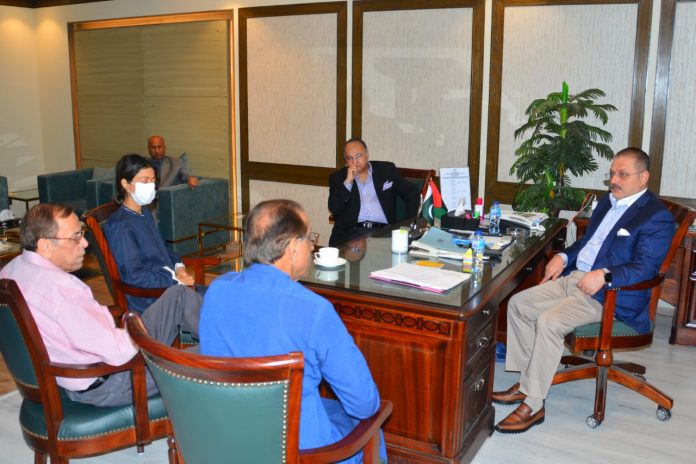 KARACHI: ( Reporter )Sindh Information Minister Sharjeel Inam Memon, on Tuesday, said that issues of print and electronic media houses would be resolved on priority and all payments pertaining to advertisement would be made on a quarterly basis. The minister in a meeting with a four-member delegation of All Pakistan Newspapers Society (APNS) directed Secretary Information Abdul Rasheed Solangi to make all the payments due for the last quarter to print and electronic media organisations. He also directed that a summary should be prepared for the approval of the Chief Minister of Sindh after reconciling the arrears from 2019. The delegation included APNS President Sarmad Ali, General Secretary Naz Afreen, Sindh Committee Chairman Javed Shamsi and Deputy Chairman Younas Mehar. The delegation informed the provincial minister about the problems of newspapers, especially the payment of arrears in terms of advertisements. Sharjeel Memon informed the delegation that the provincial government had frozen development funds because of rains and floods which created an emergency situation due to which NITs were not being issued. Now the government has decided to release funds for development projects that would restart the cycle of development works in the province. It would bring more advertisements to newspapers, he added. Strengthening the media was one of the main points of the manifesto of the Pakistan Peoples Party. “We believe that the media has an important role in the stability of democracy,” the minister said adding that there were special instructions from PPP leadership for resolving the problems being faced by media organisations.