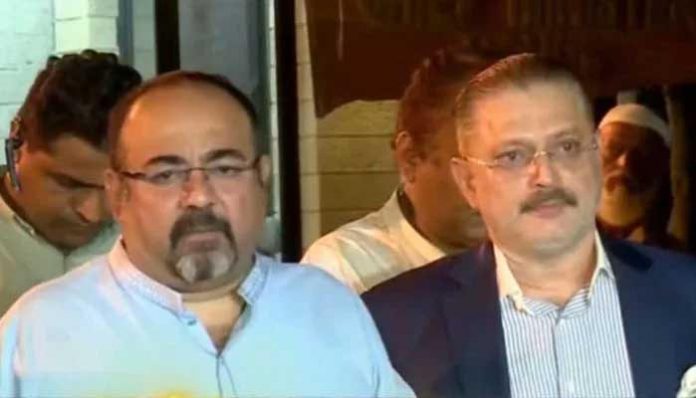 KARACHI: MQM’s MPA in Sindh Khawaja Izharul Hassan Monday revealed that the party will get the post of administrator in Karachi in the next few days.

Speaking with journalists, the MQM leader spoke about its meeting with Sindh’s Chief Minister Syed Murad Ali Shah in which they also discussed about the local body polls.

“We also spoke about local body elections. From Kashmore to Karachi, [we] have agreed upon the same powers,” the MQM leader said while sharing details with the media.

“A presentation was given about flood victims at the CM House. We spoke with the PPP about the agreement and will soon reach a mutual action place.”

Commenting on the possibility of general elections in Pakistan, Khawaja Izhar said: “People are waiting, so elections should be held and elected people should serve them.”

Meanwhile, MQM’s MPA also indicated fear of violence when commenting on general elections, as the Sindh and federal governments don’t have ample personnel to be deployed for security.

“Do we want an election where there is bloodshed on every street?” the MPA questioned adding that MQM wants peaceful polls.

“Peace in Karachi has returned after immense sacrifice. Sindh government should not allow [anyone] to ruin law and order,” Khawaja Izhar said during the presser.