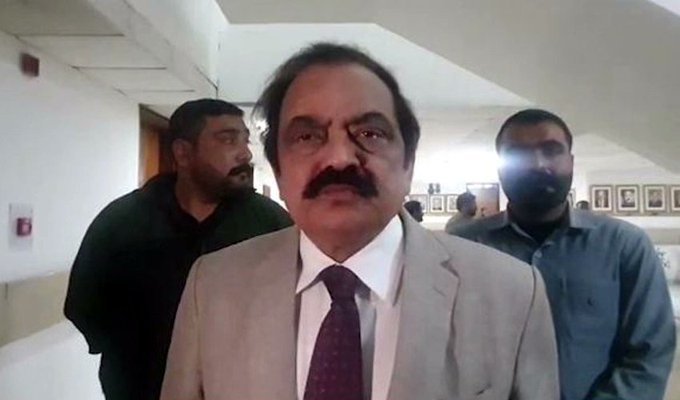 LAHORE: The Lahore High Court (LHC) on Monday accepted Interior Minister Rana Sanaullah’s plea seeking the closure of the assets beyond the means inquiry launched by National Accountability Bureau (NAB) against him.

A two-member bench headed by Justice Ali Baqar Najafi conducted a hearing on the plea.

During the hearing, NAB’s lawyer Faisal Bukhari said that the anti-graft body has submitted its response to the high court.

Sanaullah’s lawyer Amjad Parvez said that the Anti-Narcotics Force (ANF) arrested the minister in a case of drugs. It said that Sanaullah made all the property from drug business while NAB says that he has acquired assets through corruption.

Parvez said that NAB has also sent a notice seeking to investigate the property which has been challenged in the court, adding that there is just one property but there are two different statements from two different organisations regarding it.

“NAB has itself said that there is no evidence of corruption against Rana Sanaullah,” said Parvez.

At this, Sanaullah’s lawyer said that the hearing of the case is still underway in the concerned court.

“Has a reference been filed against Rana Sanaullah?” the court asked.

The NAB’s lawyer replied that the case is being investigated, hence, no reference has been filed.