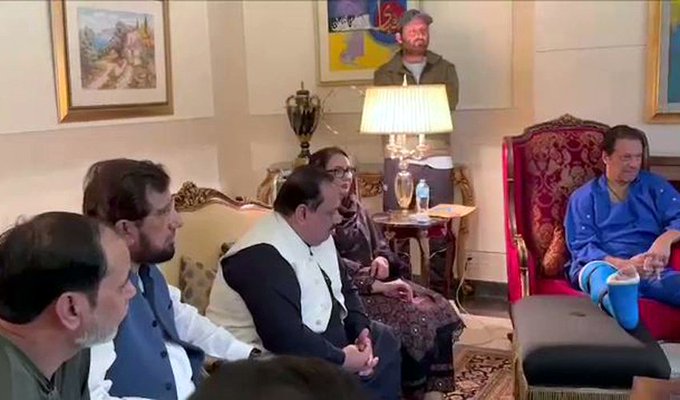 ISLAMABAD:The topic of Imran Khan criticising and shifting blames on the country’s army of late seems to have become the hottest topic on Indian electronic, print, and social media.

Discussions being held by Indian journalists and social media enthusiasts related to the topic are also focusing on Khan’s statement related to the Fall of Dhaka and how the country was moving towards a similar separatist movement.

In this regard, Indian vloggers are saying that after 1971, Pakistan is once again going towards partition. They are emphasising that “Imran Khan has clearly admitted that an operation was initiated against the party (the Bangladesh Awami League) which had won the elections from East Pakistan.”

In this way, Indian media is justifying that India had no role in the creation of Bangladesh. What’s more, while Indian social media users are using Khan’s words to their advantage, Pakistani netizens appear to be responding with: “Imran Khan’s statement is against the facts.”

Journalists on a TV show by India Today have maintained that Khan is “now ready to destroy the Pakistani establishment.”

“Imran Khan is now directly on a collision course with the [establishment] and is threatening it. Never in the history of Pakistan has a citizen challenged the establishment.”

Indian think tank Observatory Research Foundation says that many analysts in Pakistan and abroad believe that Khan “has the support of a very powerful person within the Pakistani system.” They believe that
“Without such support, this kind of rebellion is unthinkable”.