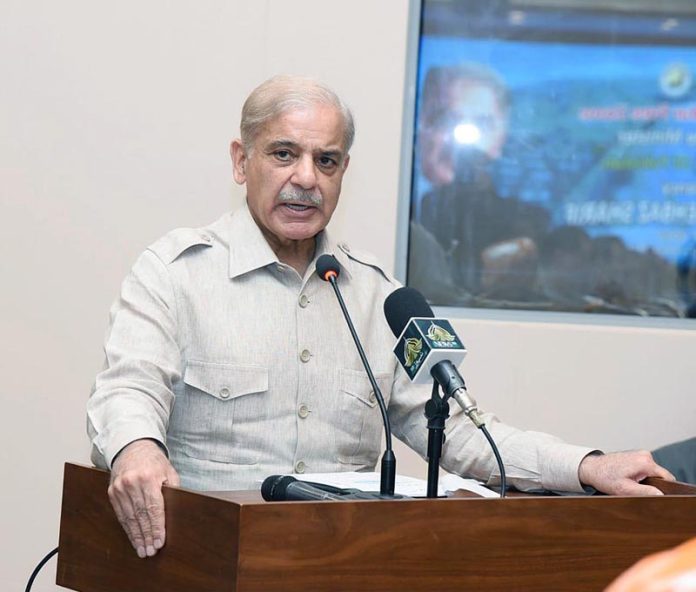 BEIJING: Pakistan will work with China to promote a shared destiny of achievements and progress, and foster peace and harmony in the region and the world at large, said Prime Minister Muhammad Shehbaz Sharif. Shehbaz Sharif travelled to China for the first time in 1981 and has since witnessed the tremendous transformation of the country through his many visits. “You could hardly see a car on the road, (only) buses and bicycles in 1981,” he remarked in an interview with Xinhua who was on a two-day official visit to China from November 1-2. He was among the first foreign leaders to visit China after the 20th National Congress of the Communist Party of China (CPC). “And over the years the entire country has transformed and become the second largest economy in the world. This is a miracle of its kind.” “I think it is because of dedication, visionary leadership of the Communist Party of China.Its leaders, its vision and sacrifice,” he said. The 20th CPC National Congress conveyed a very powerful message across the world that China stands by continuity and stability and peaceful co-existence, the prime minister said. Highlighting China’s success in eradicating absolute poverty, providing better job opportunities, and improving education and healthcare, Shehbaz Sharif said Xi Jinping’s re-election as general secretary of the CPC Central Committee is important not only to the Chinese people, but also friendly countries and even globally. “Today under President Xi’s leadership, China is a country without which the world can not move on. This is a great sense of achievements,” he said, explaining that Pakistan is trying to learn from China. Shehbaz Sharif said he has no doubt that China will further grow and progress by leaps and bounds, and the Pakistan-China friendly relations will further deepen and strengthen. Pakistan and China have enjoyed an “unprecedented and unique” friendship, or Iron Brotherhood, over the seven decades since the establishment of diplomatic ties. The two countries have promoted relations on the basis of mutual trust, respect and cooperation, he said. Shehbaz Sharif commended the China-Pakistan Economic Corridor (CPEC) as a game changer in transforming Pakistan’s power, energy, infrastructure and public transport sector. Sharif himself was given the task to implement multiple CPEC energy projects and the Lahore Orange Line, the country’s first metro train service. “I must tell you with a sense of satisfaction that these CPEC energy projects were completed and made operational faster than Chinese regard. This is what we call ‘Pakistan speed,’” said the prime minister, referring to the “Shenzhen speed” in China. “That’s what this brotherhood, cooperation and friendship is about,” Sharif said, hoping the CPEC will go to the next phase to promote agriculture, modern technology and IT industry. Shehbaz Sharif said he supports the China-proposed Global Development Initiative and Global Security Initiative as a remarkable vision to promote harmony and peaceful coexistence between nations and societies.