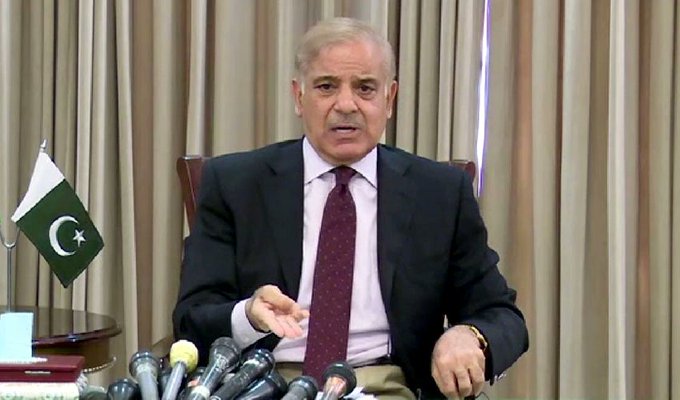 ISLAMABAD: Prime Minister Shehbaz Sharif on Thursday strongly condemned the firing at Chairman Pakistan Tehreek-e-Insaf Imran Khan in Gujranwala and assured support to Punjab government on investigation and security. “I condemn the incident of firing on PTI Chairman Imran Khan in the strongest words,” he said in a series of tweets. He prayed for the recovery and health of PTI chairman and other injured people. Shehbaz Sharif directed Interior Minister for an immediate report into the incident and assured the support of the Punjab government for security and investigation. “Federal government will extend all support necessary to Punjab government for security and investigation,” he said. He stressed that “violence should have no place in our country’s politics”. Minister for Information and Broadcasting Marriyum Aurangzeb on Thursday condemned firing at Pakistan Tehreek-e-Insaf (PTI) Chairman Imran Khan in Gujranwala and demanded a thorough investigation into the incident. “The incident is very unfortunate and condemnable. It should not be politicized and speculations on the incident must be avoided,” she said in a news statement. Marriyum said the Punjab police as well as administration and other relevant departments should bring forth the facts after investigating the incident which occurred within the jurisdiction of Punjab government.She said Prime Minister Shehbaz Sharif had sought preliminary report on the matter, while Interior Minister Rana Sanaullah was in constant contact with the Inspector General and Chief Secretary Punjab. The minister said the federal government would extend all-out cooperation to the Punjab Government in this regard. “We are waiting for the report of Punjab government over the incident,” she added. She advised the media to avoid speculation on the incident which was sensitive in nature. Speculations on such matter might lead to violence, she added. The media was needed to act in responsible way and should only publish those facts which were shared by the provincial government and Punjab police, she stressed, adding verified information would be shared with media as soon as it was received. Marriyum also prayed for early recovery of Senator Faisal Javed who also got injured during the incident.