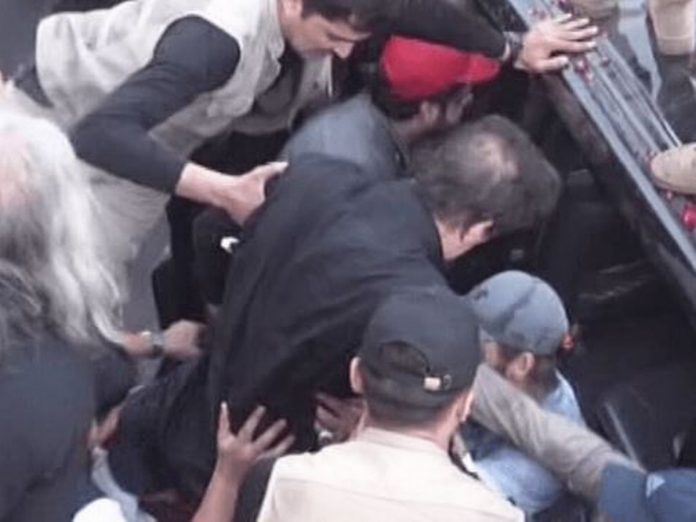 LAHORE/WAZIRABAD: Pakistan Tehreek-e-Insaf (PTI) Chairman Imran Khan and several party members were injured while a PTI activist was killed in firing incident at Imran Khan’s container during his “Azadi March” in Wazirabad, on Thursday. Talking to the media here, Advisor to Chief Minister Punjab on Home and Information Omer Sarfraz Cheema said that an accused opened fire at PTI Chief Imran Khan’s container near Allah Wala Chowk, Wazirabad when the march was on its way to Islamabad, injuring Imran Khan and six PTI members including Senator Faisal Javed, Umar Dar, Ahmad Chatha and others, besides killing one, Moazam. He said that after the incident, PTI Chief Imran Khan was shifted to a hospital, where he was undergoing medical treatment, adding that Imran Khan’s health was stable but a medical board led by senior doctors was examining the injuries. To a question, he said that foolproof security arrangements including layer system were in place to provide security to the PTI’s long march, adding that investigation pertaining to this incident was in progress. One suspect involved in the firing incident has been arrested, he added. Further investigation is yet underway. Prime Minister Shehbaz Sharif on Thursday strongly condemned the firing at Imran Khan in Gujranwala and assured support to Punjab government on investigation and security.