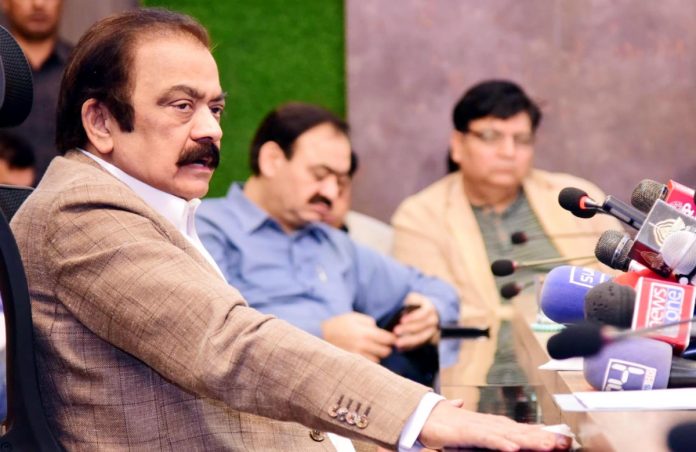 ISLAMABAD:Interior Minister Rana Sanaullah on Wednesday said that the chairman of Pakistan Tehreek-e-Insaf (PTI) Imran Khan would be kept in Machh jail of Balochistan after arresting from Islamabad.

Imran Khan had misused the national institutions for making false cases against the leaders of Pakistan Muslim League-N, he said while talking to a private television channel.

The PTI leader has been involved in pressurizing the National Accountability Bureau (NAB), for registering false cases against the leaders of PML-N, he stated. The police personal, rangers and FC would arrest the chief of PTI from Islamabad for violating law and order situation, he said.

Imran Khan, he said had taken unconstitutional step to attack on state institutions. He said Punjab and Khyber Pakhtunkhawa’s resources were being utilized to attack on Islamabad to regain power. The minister said that Imran’s
long march has been flopped due to less support of people.

He said a few thousand workers were behind the long march of PTI chairman. In reply to a question about freedom of expression, the minister said that government was not planning to cease power of freedom of press. He said, we would have discussion with stakeholders for amending laws to control objectionable material from the social media.

To a question about dialogue to melt down political temperature, he said the politicians in the country had a practice to hold talks for resolving political matters.