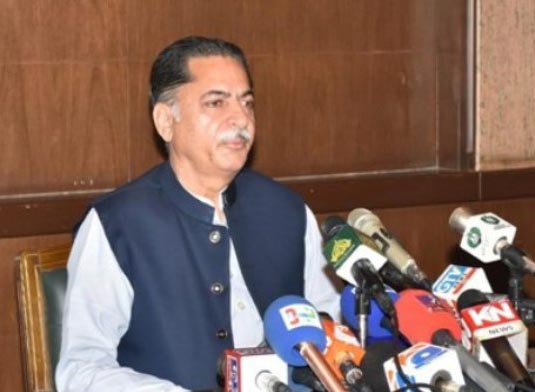 Addressing a press conference here, he said PTI Chief Imran Khan had always done politics
of threatening to institutions for achieving the decisions of his own wish, however , he would
not get face-saving as the institutions were determined to work within the constitutional domain.

The PTI was using its workers to attack the federal capital and create chaos in the country, he said and adding that all political parties in the country were mature enough and doing politics in a democratic manner except the PTI.

The federal minister said the PTI was habitual to do politics of personal agenda, adding that
when the PTI lost its government then Imran Khan started uttering remarks against the institutions
and tried to destabilize the country.

He said the incumbent government led by Prime Minister Shehbaz Sharif had to take some
tough decisions to save the country from economic crisis.

The Pakistan Muslim League (PML-N) also paid heavy price of these decisions taken in the larger national interest, he added.

The minister pointed out that friendly countries, including China and Arab countries, were keen to make investment in the country but the PTI by taking the 2014 position had again started so called march to create unrest.

The minister said that the federal government would handle the march of the PTI as per law and
the constitution, and would not allow them to create chaos.

To a question, he said that PTI Chief Imran Khan, who claimed himself to be neat and clean,
had been found in doing corruption of millions of rupees and his more corruption would come to light.