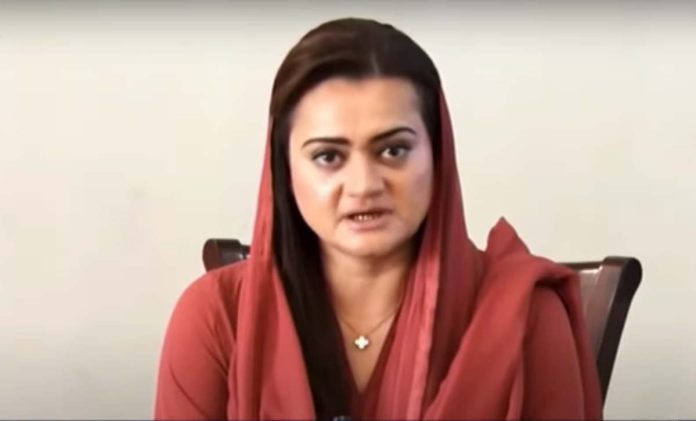 ISLAMABAD: Minister for Information and Broadcasting Marriyum Aurangzeb Tuesday said the Pakistan Muslim League-Nawaz (PML-N) knew how to deal with the Pakistan Tehreek-e-Insaf’s (PTI) long march which was aimed at creating chaos and anarchy in the country.

“Imran Khan’s long march will be sent packing before it would make it to Islamabad,” she said while talking to the media on the political situation and Prime Minister Shehbaz Sharif’s visit to China.

She said the PTI had planned to turn the long march into “bloody march, but the government would protect the citizens’ life and property at all cost.

Imran Niazi wanted to get a date of fresh election through “bloodshed, abuses, guns and bloody revolution”, which was near to impossible, she remarked.

He was bent upon on dividing the nation and creating the anarchy, she said, adding Imran Khan wanted a martial law in the country as he had already hatched a conspiracy to pit the police forces of Punjab and Khyber Pakhtunkhwa against the police of Federal Capital.

She said democracy would flourish in the country and the masses would be served in the best possible way.
Marriyum said the statements of Imran Khan showed his desperation to regain the power.

He wanted anarchy, chaos and bloodshed instead of democracy, peace and development in the country.

She criticized the PTI chief for openly asking the institutions to interfere in politics by ousting a democratically elected government.

The general elections would be held on time, and after the completion of the current government’s term, she added.
The minister said Prime Minister Shehbaz Sharif had announced a historic Kissan package for the development of agriculture sector, adding the directives had been passed on to the relevant departments for early implementation of the initiative.

Imran Niazi was an ‘autocrat’ who had received the certificate of corruption and incompetency by ruling the country for four years, she alleged.

“When a verdict come against his will he [Imran] started threatening the state institutions,” she said, adding the people knew the fascist mindset of Imran Niazi and the real truth behind the so-called revolution.

He [Imran] filed fake cases and accused PML-N leaders including Hanif Abbasi, Salman Rafiq and Saad Rafiq of corruption, but failed to produce a single evidence in the country of law, the minister claimed.

As regards the prime minister’s visit to China, the minister was confident that it would give impetus to the CPEC envisioned by Chinese President Xi Jinping and former Prime Minister Nawaz Sharif.

She regretted that the multi-billion corridor project [CPEC] was halted in the last four years by the PTI government, adding not even a single meeting of the Joint Cooperation Committee (JCC) was held during its tenure.

She said the present government had removed all the obstacles in the way of Chinese investment and put all the halted projects on track.

Marriyum said ironically, Imran Khan once again launched a long march to spread chaos and anarchy when the prime minister left for China to further strengthen the bilateral relations.

In a past, Imran Khan sabotaged President Xi Jinping’s visit to Pakistan by launching a long march in 2014, she said, adding Imran Khan exposed himself whenever he boarded on the container.