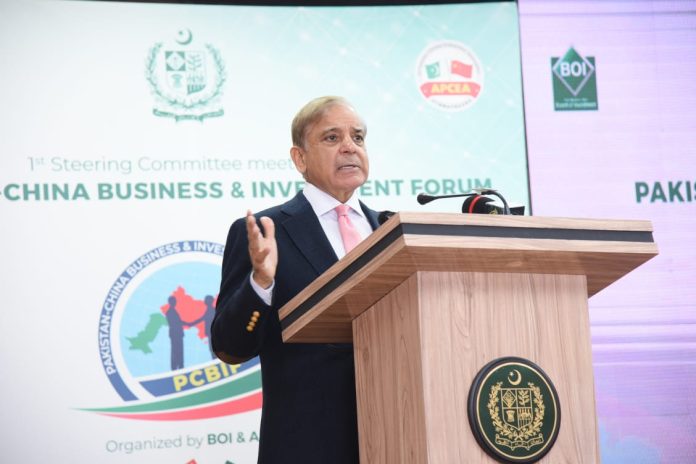 ISLAMABAD: Prime Minister Shehbaz Sharif Monday announced a special package of Rs 1800 billion to promote agriculture sector and provide farmers, particularly in the flood hit areas free seeds, inexpensive loans and to bring down prices of fertilizers and electricity for tubewells. Announcing the agriculture package while addressing a press conference here, he said the economic progress of Pakistan was dependent on agriculture sector and Rs 1800 billion spending on agriculture would be an increase of Rs 400 billion as compared to the last year.The Finance Minister would ensure the delivery of loans to the farmers, he said adding Rs 10.6 billion were allocated for small farmers across the country while Rs eight billion would be given to the small farmers in the flood-affected areas. In the rural areas, unemployed youth in the agriculture sector will be given loans of Rs 50 billion and Rs 6.5 billion will be given for subsidy to waive off mark up on these loans. He said the prices of DAP would be reduced by Rs 2500 per bag, resulting in a benefit of Rs 58 billion to the farmers. The price of a DAP bag would come down to Rs 11250. He said the prices of DAP were brought down after tough negotiations with the fertilizer sector, adding DAP had an important role in increasing the per acre yield of crops. Shehbaz Sharif said 1.2 million bags of certified seeds worth Rs 13.20 billion would be distributed among the farmers and the federal and provincial governments will share the funds required for it. The landless farmers in the flood affected areas will be given Rs five billion, he said adding small and medium enterprises working in the agriculture sector would also be given loans of Rs 10 billion for modernization schemes. He said second-hand five-year-old tractors will be imported with a relaxation of 50 percent in duties and the government would also encourage the entry of new tractor manufacturers by decreasing duty on completely knocked-down kits from 35 percent to 15 percent. He informed that half a million tonnes of urea will be imported at a reduced price. 200,000 tonnes of urea had already been imported and the government will give subsidy of Rs 30 billion to give the fertilizer to the farmers at a lower cost, he added. He also said the government would import 2.6 million tonnes of wheat. “One million tonnes was already imported while 1.6 million tonnes of wheat will be imported soon.”