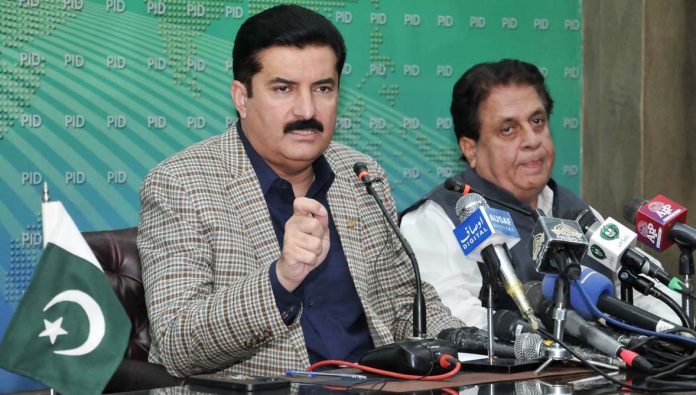 He said the government would only hold elections on its schedule after completing its constitutional tenure, that is in October, 2023, however, quipping that the government could only extend favour to the PTI chief was that if he offers any date of the said month (October) next year.

He denounced all fake news attributed to former president Asif Ali Zardari and categorically ruled out any back-door meetings with PTI chief. Meanwhile, he slammed Imran Khan for allegedly holding the “midnight secret meetings”, which he said was continuing to this day.

He said that the appointment of the next army chief would be held as per the set procedure that was practiced in the past as well, ruling out any consultation with the PTI chief.

He also said that the prime minister can also hold deliberations with the allied political parties in the coalition government over the appointment of the army chief, categorically stating that “Imran Khan is nobody that the PM would hold discussion pertaining to this matter”.

He said the sole purpose of constituting the committee, to hold talks with the PTI leadership in the wake of the long march, was to avoid criticism from the media on a democratic government which believed in amicable solutions to all problems, adding the committee had representation from all the allied political parties.

“If the PTI wishes to talk to the government, the committee would first hear out to their demands and then accordingly would present their [PTI]demands to the government,” said Kundi negating rumours that government had offered the PTI leadership to have parleys.

He claimed that Imran Khan would not enter Islamabad but would limit his march only to Punjab.