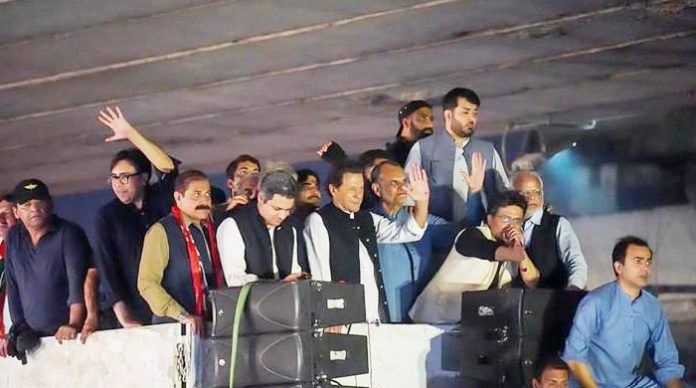 LAHORE: As the PTI’s much-awaited long march is underway, the government has received a report indicating fears of armed groups participating in the party’s rally. According to sources, reports of most wanted and criminal elements joining the long march have been received. Fears of these subversive elements causing trouble and deteriorating the law and order situation have also been reported, as per the sources. Sources said that these disruptive gangs are being led by PTI leaders Ali Amin Gandapur, Shehryar Afridi, and Qasim Suri. Earlier as well, during PTI’s long marches, armed men and weapons were seized as stated in the report. As per the source, the Chief Minister’s Office in Punjab is being used to facilitate criminal elements. Under the patronage of the Punjab government, the report highlighted that it may be difficult to control the law and order situation. The danger of armed groups arriving in the march from Gujrat, Lahore’s suburbs, Attock, Peshawar, Gujar Garhi, Bara, and Badaber exists as the march moves ahead, according to sources. The report stated that terrorist organisations can also take advantage of the situation under such circumstances. It should be noted that the PTI’s long march, led by party Chairman Imran Khan, began from Lahore’s Liberty Chowk earlier this morning and has started moving toward Islamabad.