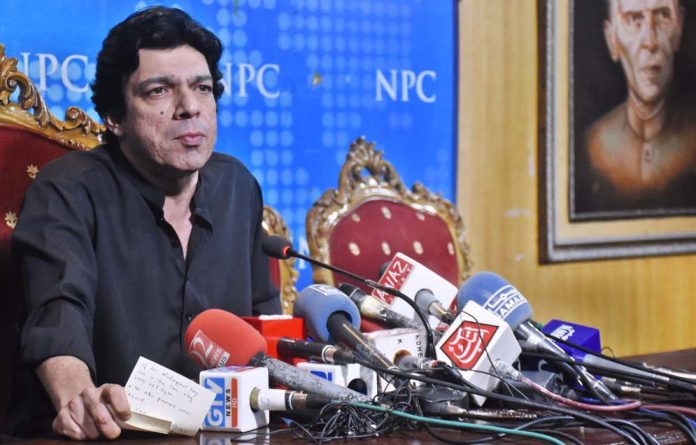 Vawda also claimed that the “establishment had been positively in contact with Arshad Sharif.” “He was ready to come back to Pakistan. He had no issue,” Vawda said, adding “We’ll see who is benefiting the most from Arshad’s murder.”

Vawda addressing a press conference in Islamabad press club said that Arshad Sharif’s killing was planned in Pakistan and executed in Kenya.

He was brutally killed in his car receiving bullets in his chest and head from close range, said Faisal Vawda denying the version of Kenyan police that around twenty bullets were fired at his car.

Vawda claimed that he knows the culprits and will disclose their names very soon.
“I have recorded the names of killers in a video message which has been saved and will be released if I am assassinated” said Vawda.

He maintained that Arshad Sharif was “chosen to be killed in Kenya by those who want to break the country.”
He said, Arshad’s laptop and mobile will never be found because all evidences have been destroyed.

Vawda categorically said that Arshad was not forced to leave Dubai but he left the country at the expiry of his visa.
“It was said that pressure was put to get him out, but this is also false and a lie,” he said.

The former minister also claimed that he was constantly in contact with Arshad till the very last day, adding that he is ready to hand over his phone for forensics to verify the authenticity of his statement.

He said that Arshad Sharif was in contact with the journalist since the day he left the country.
Vawda said, he conveyed his fear of bloodshed during the long march to his party chairman Imran Khan adding “I will not let my Pakistani’s to be victim of a bloody conspiracy”.