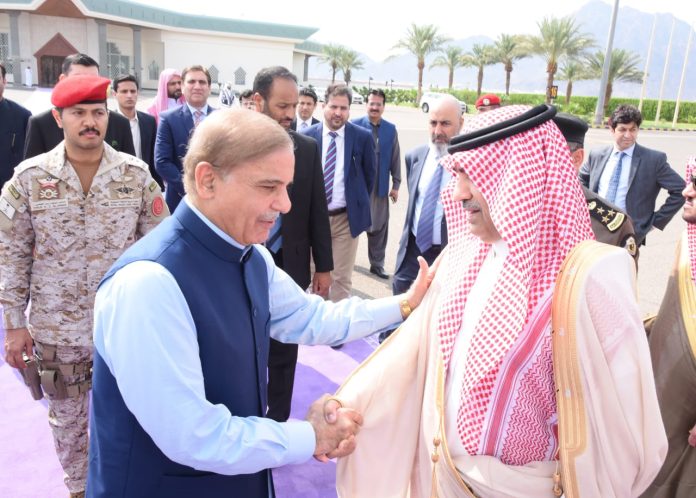 MADINAH : Prime Minister Shehbaz Sharif concluded his official visit to Saudi Arabia on Wednesday where he attended the Saudi Future Investment Initiative Summit and met the leadership of the Kingdom.

During his stay in the Kingdom, the prime minister presented the viewpoint of Pakistan at the summit regarding the economic challenges facing the world.

He also performed umrah in Makkah and paid his respects at the Roza-e-Rasool in Madinah.

On the request of the prime minister, Crown Prince Mohammad Salman ordered the release of Pakistanis held on charges of hooliganism at the Masjid-e-Nabvi in Madinah.