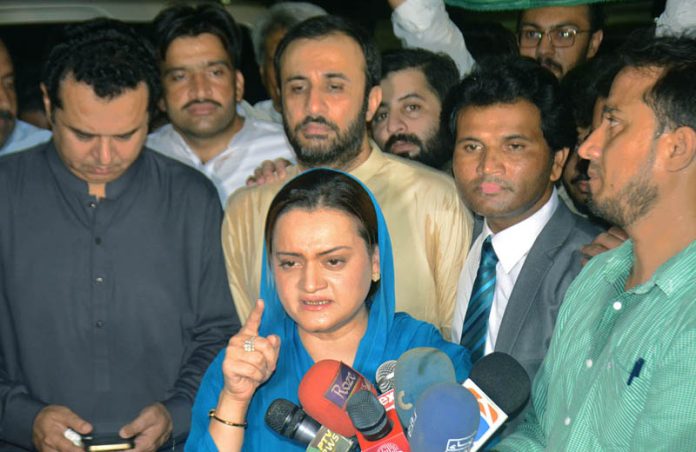 ISLAMABAD: Minister for Information and Broadcasting Marriyum Aurangzeb on Monday visited the residence of deceased journalist Arshad Sharif, to condoled the tragic death with his mother.

She sympathized with the widow, children and other family members of Arshad Sharif.
Speaking on the occasion, she said government was taking all possible measures to promptly repatriate the dead body of deceased journalist. She said the dead body would be repatriated as soon as possible.

She urged media to not to speculate over the tragic death, adding specific details of tragic incident would be shared with media immediately after receiving from Kenyan authorities.

She said Pakistan high commissioner in Kenya was in contact with Kenyan authorities, adding the envoy had solicited services of a lawyer for fulfilling legal requirements.

She said Prime Minister was grieved over the untimely death and he, in a telephonic conversation with mother of Arsahd, condoled the tragic death. The mother of Arshad Sharif had asked the prime minister to ensure early repatriation of Arshad Sharif’s body from Kenya, she added.

She said Prime Minister assured of completing arrangements on war footing basis adding the government was in contact with Kenyan authorities in this regard.

The minister said that the mother of Arshad has informed that the prime minister also visited their residence on sad demise of Arshad’s younger brother some years back.