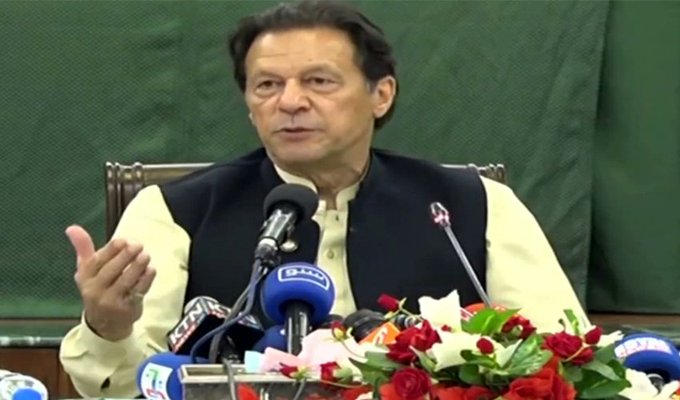 LAHORE: PTI  Chairman Imran Khan on Tuesday announced the date for his party’s much-awaited long march and said that it will start on Friday, October 28.

The announcement came while Khan was holding a press conference at the Chief Minister’s House in Lahore, during which he said that the march will start from Lahore’s Liberty Chowk at 11am.

The former prime minister termed PTI’s long march “far above” politics and said that the move was tantamount to “jihad” as it was now a decisive moment for the people of Pakistan to choose their sides.

“This march will decide whether the people want to do slavery of these “thieves” or not. There is our march for Haqeeqi Azaadi and it has no timeframe. We will reach Islamabad from the GT Road and the nation will come from across Pakistan to Islamabad,” he maintained.