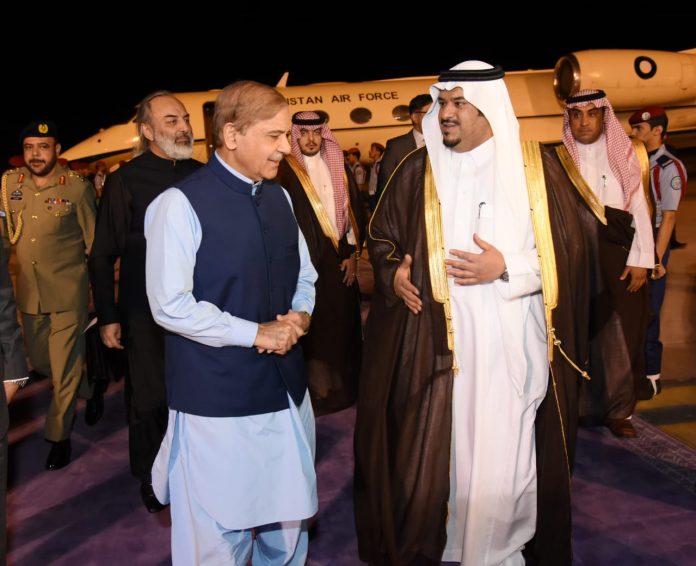 The prime minister is visiting the Kingdom at the invitation of Saudi Crown Prince Mohammed Bin Salman bin Abdulaziz.

At the airport, the Governor of Riyadh Faisal bin Bandar bin Abdulaziz Al Saud received the prime minister who was accompanied by a delegation comprising the federal ministers.

During his stay in Riyadh, the prime minister will hold consultations with the Saudi Crown Prince to review the longstanding fraternal relations, with a view to further strengthening the multifaceted cooperation, especially in the economic field, according to the Foreign Office.

Prior to his departure, the prime minister in a series of tweets said the present state of the global economy needed “new thinking and bold vision to overcome the irritants and forge new paths”.