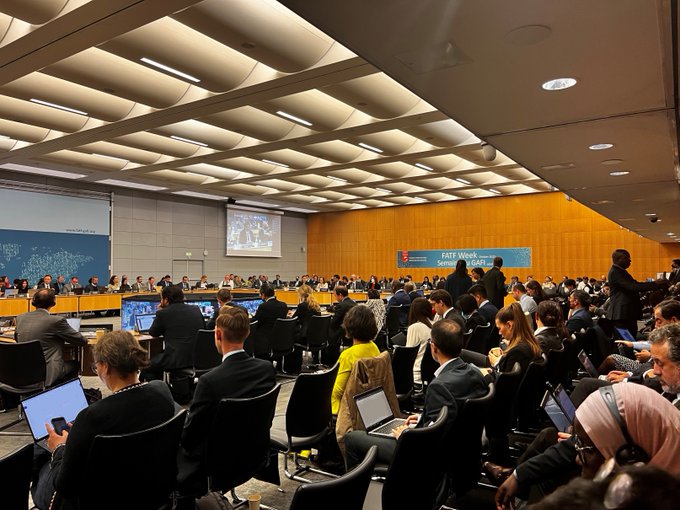 The decision would restore the confidence of international financial institutions, help attract foreign direct investment, and promote exports from the country besides improving credit ratings for the country.

Commenting on the mega development, President Federation of Pakistan Chamber of Commerce and Industry (FPCCI) Irfan Iqbal Shaikh lauded the efforts of civil and military leadership for achieving the landmark success for the country and said that it would further cement the government’s endeavours to attain sustainable economic development.

It will also address the liquidity issues as releases from the multilateral and other donor agencies such as IMF, ADB, WB and Paris Club would further enhance, he said adding that it would further boost the “credibility and rating of the local economy that would attract foreign direct investment”.

He said that the decision would also help in promoting soft image of the country in all international forums, adding that the credit rating of Pakistan would improve as well, which will be another development signal for the economy of the country.

Pakistan had borne accumulative financial losses to the tune of $40 billion during the last three years as it was put on the grey list of FATF, he said, adding that the removal would attract more export orders from abroad and help in bridging the widening trade deficit.

“Besides, it will also help reduce rupee-dollar parity as well as ease negotiations with IMF and other multilateral donors and creditors,” he said, adding that it will also provide positive input for the rescheduling of all payable and creating sufficient liquidity scope for the country.

Pakistan Hi-Tech Hybrid Seed Association (PHHSA) Shahzad Ali Malik said that it was a good omen that FATF excluded Pakistan from the grey list of global watchdog on terror financing and money laundering after over four years, in a major setback to India which had always tried to keep Pakistan on the list.

He said as a result of FATF’s decision, economic activities would accelerate and greatly help to restore the confidence of investors across the globe.

It is worth mentioning here that FATF, which was mandated to keep watch globally on money laundering and terrorism financing, on October 21 (Friday) removed Pakistan from the grey list as it had been on the grey list since June 2018.

The statement issued by the FATF said Pakistan has strengthened the effectiveness of its AML/CFT regime and addressed technical deficiencies to meet the commitments of its action plans regarding strategic deficiencies that the FATF identified in June 2018 and June 2021, the latter of which was completed in advance of the deadlines, encompassing 34 action items in total.

Pakistan is therefore no longer subject to the FATF’s increased monitoring process. Pakistan will continue to work with APG to further improve its AML/CFT system, it added.