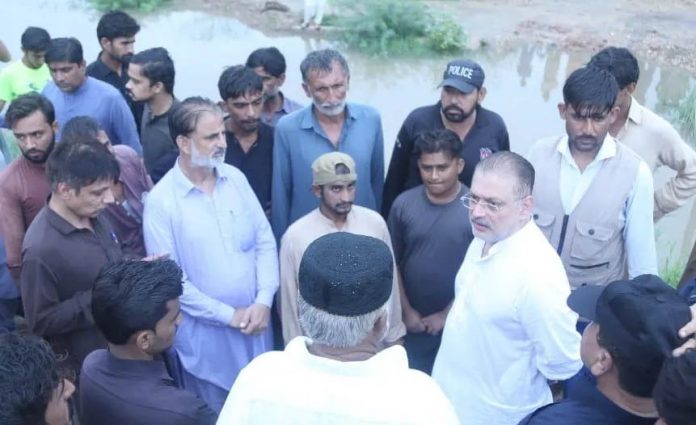 Karachi ( Staff Reporter) Provincial Information Minister Sharjeel Inam Memon has said that the relief activities of the Sindh government are ongoing. Ration bags, 1310 tents, 800 mosquito nets and 394 plastic tarpaulins have been provided to more 12500 families during the last 24 hours. In one of his statements, he said that ration bags were distributed to 2000 families in Jacobabad. Similarly, ration bags were provided to 4000 families in kamber Shahdadkot, 4000 in Shaheed Benazirabad, 1500 in Nowshero Feroze and 250 in Umarkot. Ration bags have been distributed to 1879095 families in total. Since the beginning of relief activities, 628786 tents, 542830 plastic tarpaulins, 804811 liters of mineral water, 182023 cooked food items and other items have been provided to the victims. Apart from this, under the Benazir Income Support Program, the federal government has transferred money to the most beneficiaries in Sindh. Till October 20, 45 billion 37 crore 79 lakh rupees have been given to 1815116 beneficiaries under the Benazir Income Support Program in Sindh. The provincial minister said that 792 people have died and 8422 people have been injured in recent rains and floods.