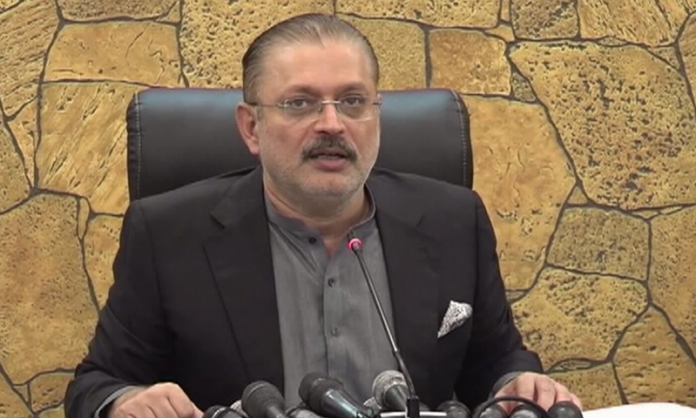 Karachi ( Staff Reporter ) Provincial Information Minister of Sindh Sharjeel Inam Memon has reacted to the decision of Imran Khan’s disqualification and said that the Election Commission has given its decision according to the constitution and law. This is an open and shut case. In his statement, the provincial minister said that Imran Khan did not disclose the stolen gifts from Tosha Khani in his statements. In the reports submitted to the Election Commission for three years 2018, 2019 and 2020, the donation of Tosha Khani is not mentioned at all. The provincial minister said that with the decision of the Election Commission, the dirt in politics was cleared. With the dirty mentality of Imran Khan, the young generation was taking the wrong path. He said that Imran Khan was proved to be dishonest. The provincial minister said that there is clear evidence of money laundering in the foreign funding case against Imran Khan. The accuser of others has been caught today.