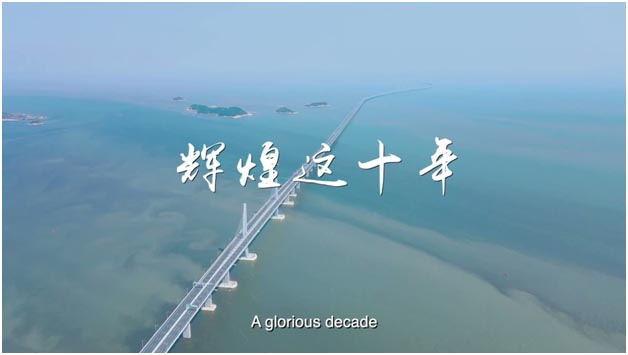 What an extraordinary decade! China’s development has attracted worldwide attention.

What a glorious decade! China has made overall, pioneering and historic achievements.

After lifting nearly 100 million rural poor out of poverty, China eliminated absolute poverty within its borders, a significant contribution to world poverty reduction. The proportion of the middle-income group in China has expanded to one-third of its total population over the past decade.

The last 10 years have also seen China cement its position as the world’s second-largest economy. In 2021, China’s GDP topped RMB 114 trillion (US $16.79 trillion), enabling it to account for over 18 percent of the global economy, rising from 11.4 percent in 2012.

Meanwhile, China’s contribution to the global economic growth has stood at around 30 percent for several years, making it the largest growth engine for the world. During the same period, China’s spending on research and development (R&D) hit 2.44 percent of its GDP in 2021, up from around 1.9 percent in 2012.

This has helped the country secure the 12th position on the Global Innovation Index 2021, up from the 34th in 2012. At the same time, the green development concept and its devotion to ecological protection has allowed the country to witness a historical turning point in ecologic environment.

China’s afforested land now accounts for about a quarter of the world’s total, and its CO2 emissions per unit of GDP have dropped about 34 percent in 10 years.