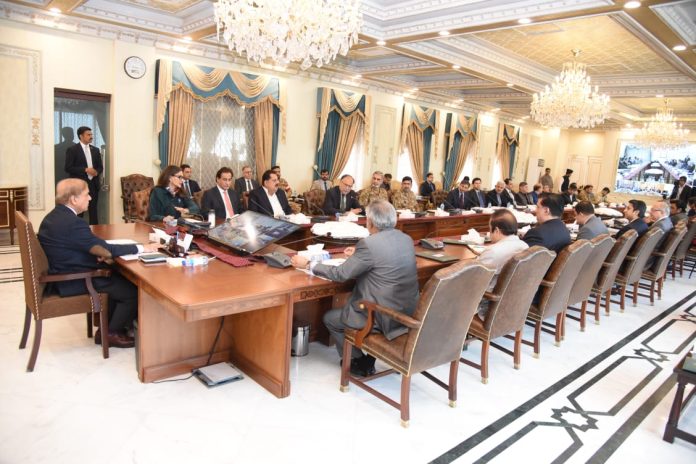 ISLAMABAD: Prime Minister Shehbaz Sharif on Thursday urged the provincial governments of Punjab and Khyber Pukhtunkhwa to rise above politics as the country grappled with the impact of flash floods and join the centre’s scheme of providing wheat seeds to farmers of the affected areas. Chairing a review meeting of National Flood Response and Coordination Centre, the prime minister offered the two provinces to collaborate with the federal government under the scheme which will ensure funding for wheat seeds with 50 percent contribution from both sides. The prime minister mentioned that Sindh and Balochistan had already agreed with the wheat scheme. However, despite the offer by the centre, Punjab and KP refused to cooperate and instead indulged in playing politics on the matter, he regretted. “I request you to accept the offer in view of the plight of the flood-hit farmers. And if you still reject it, then don’t twist the facts that centre is not extending you assistance,” he said in a meeting also joined by chief secretaries of Punjab and KP through video-link. Shehbaz Sharif emphasized that Pakistan as a federation comprised its provincial units and said the situation demanded unity at national level. He feared reduced produce of wheat the coming season owing to post-flood situation and rejected to allow any import of the commodity by the private sector.