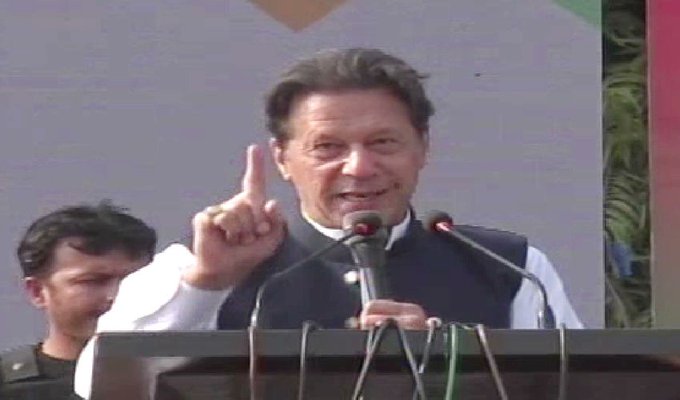 ISLAMABAD: PTI Chairman Imran Khan on Thursday filed a plea in the Supreme Court for the formation of a joint investigation team (JIT) or a judicial commission to probe the PM House audio leaks. “Declare that the impugned actions, in particular, the illegal surveillance of the PMO and PMH and the release of the surveillance data, especially through the Audio Leaks, are unconstitutional and in violation of law,” the PTI chief prayed before the court.  The PTI chief has appealed to the apex court to supervise the investigations into the audio leaks so it “completes its task in a satisfactory manner” and the “illegal surveillance is put to a permanent end”. He also seeks that the probe identifies, retrieves, secures and then if necessary destroys the audio files.  The former prime minister has also urged the Supreme Court to hold the officials behind the audio leaks accountable. “Direct the Government and all relevant agencies and authorities to take all necessary steps to prevent the release, publication, dissemination, sharing, broadcast and spread of any of the surveillance data, including the further use of the audio leaks,” said the PTI chief.  The ministries of Interior, Defence, IT, Information, PEMRA, Intelligence Bureau and FIA have been named as the respondents in the petition by the former premier. Earlier this month, the PTI chief had announced his intention to approach the apex court over the matter of audio leaks and seek the formation of a JIT to probe which intelligence agency is involved in the “bugging” of the PM House and Office. “Audio leaks are a serious breach of national security as they call into question the entire security.of the Prime Minister’s Office and PM House,” the former prime minister wrote on Twitter, claiming that the secure line at his residence was also bugged when he was the premier. “We intend to go to court to establish authenticity of leaks and then form a JIT to investigate which intel agency is responsible for the bugging and who is leaking out the audios many of which are edited/doctored,” he had said. The PTI leader said that it is a critical matter as “sensitive security issues are and have been illegally recorded and subsequently hacked”, which implies that the confidentiality of the country’s national security has been “exposed” globally. The PTI chief’s allegation of intelligence agencies being involved in bugging comes after the interior minister had categorically stated that no agency was found involved in the security breach. The federal government had established a committee to investigate the security breach at the PM House and suggest steps to ensure safety. It is important to note that neither the PML-N nor the PTI contradicted the contents of the audios, however, Prime Minister Shehbaz Sharif categorically denied that his government has any role in the matter.