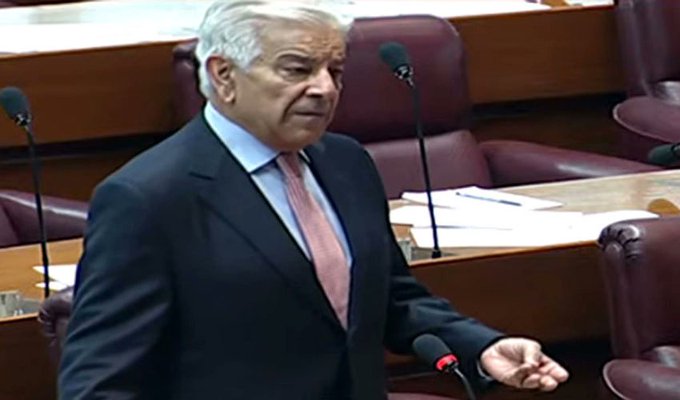 ISLAMABAD: Federal ministers Khawaja Asif and Sherry Rehman on Tuesday suggested the formation of a “Truth and Reconciliation Commission” for the resolution of Balochistan’s issues after their ally Akhtar Mengal raised the issue of missing persons in the National Assembly.

“Balochistan’s issues must be resolved,” said Asif in the lower house after Mengal briefed the house on the problems facing the province.

The defence minister said that the “elites” of the country have made mistakes and admitted that some of the sins and crimes were committed by the rulers. He also lamented that politicians have spoken on the issue verbally just to get votes.

The minister shared that a battle for power has been ongoing in Pakistan and targeted his party’s arch-rival Imran Khan.

Asif also deplored that after one and a half years after independence, different opinions were not tolerated.

Khawaja Asif said the points raised by Akhtar Mengal regarding the Balochistan situation are genuine and there is a dire need to heal the wounds of the people of the province.

On the other hand, Climate Change Minister Sherry Rehman said that a war is being fought in the name of religion but it was only a “war of power” — a reference to Imran Khan’s call terming his Azadi March as “jihad” against the government.

The PPP MNA said that they do not want terrorism to increase in the country as it is “ours” and have to save it.

“We should be taken into confidence about the operation that is going on,” said Rehman. She added that Pakistan has been able to wipe out al-Qaeda from its soil through successful operations but now the TTP was taking over.

As regards Balochistan, she proposed the formation of the Truth and Reconciliation Commission to take the situation towards improvement in the province.

Mohsin Dawar also supported the establishment of the Truth and Reconciliation Commission, saying it is imperative to take the country in the right direction.