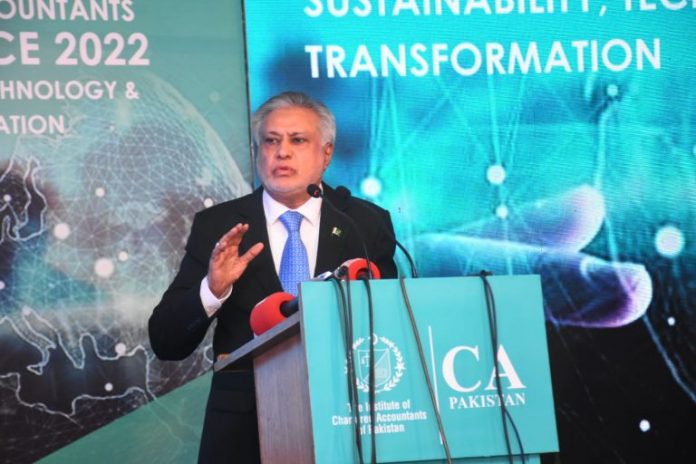 ISLAMABAD:Federal Minister for Finance and Revenue Senator Mohammad Ishaq Dar once again gave a clear message on Wednesday that there was no question of Pakistan going into default as the same had been averted, though at a very high political cost.

“I want to give a message to markets through this conference… no need to get nervous, we are back to business, Insha’Allah we will arrange everything. Nothing is to worry,” the minister said while addressing here the All Pakistan Chartered Accountant Conference.

He said Pakistan would be fine and nobody should have any problem because “Pakistan will not default”. There were serious challenges the country had been facing, however, the incumbent government had rescued it from default although it had to give a very high political cost.

“If there is a choice between state or politics, the priority should be the state and not the politics as if the country is there, there may be politics. If there is no county where there will be politics?” he asked.

Ishaq Dar said Pakistan would require around $32-34 billion to fulfill its liabilities and financial needs for the fiscal year 2022-23. “These include around $22 billion multilateral-level debt liabilities and around $12 billion current account deficit.”

He, however, vowed that the government would work hard to fulfill the sovereign guarantees to save the country’s pride.

Likewise, he also rejected the speculations about extending bond maturity dates beyond December 2022. Pakistan, he said, was a sovereign country so it should meet its obligations in time for its own credibility and honour.