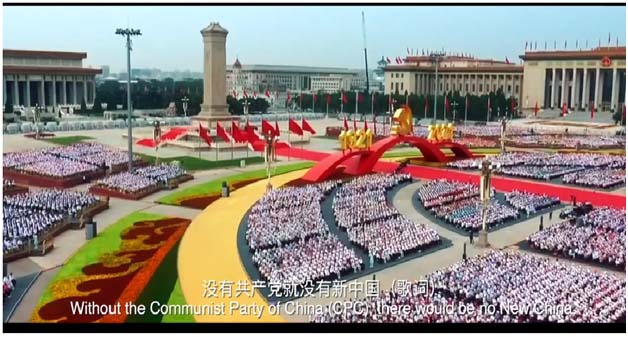 The echoes of the Communist Party of China

“Without the Communist Party there would be no new China.” This is what Chinese people sing aloud gratefully, as China confidently marches toward becoming an advanced, strong and prosperous nation.

This sentiment is echoed by people across the world. “There is no country like China in the world that unselfishly aids developing countries.” “The Global Development Initiative (GDI) proposed by China is closely related to improving people’s livelihoods and well-being.”

“The Belt and Road Initiative is a vivid example of a community with a shared future for mankind proposed by President Xi.” All these impressions are how China looks in foreigners’ eyes. The CPC is also the call of our times. As the world once again stands at a crossroads, China answers questions of the era such as “What happened to the world?” China builds consensus on the question “What should we do?”

China charts the course for the international community, with guiding ideas like “Together for a Shared Future.” The decade since the 18th National Congress of the Communist Party of China in 2012 has been a truly remarkable decade and the coming 20th CPC National Congress will provide a new and strong impetus for the development of China and its relationship with the rest of the world.

On the way forward, only by upholding the concept of a community with a shared future for mankind can we build a world of universal harmony.